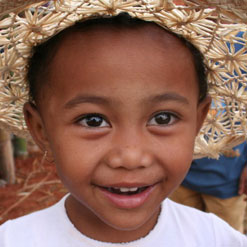 The Madagascar Action Plan aims to
develop all aspects of the country as
well as to introduce measures to curb
population growth. Madagascar’s
population is expected to double
to 43 million by 2050.
(Image: Mission Madagascar)

The New Madagascar Action Plan (MAP), of which boosting access to contraception is an integral feature, is a bold strategy focussed on boosting a country whose ballooning population is hamstrung by social, economic and environmental pressures.

The population of the world’s fourth largest island has doubled in the last 25 years to 19.5-million and estimates are that by the year 2050 it will reach 43.5-million. According to the Malagasy government, there are between seven and 10 children per household in rural areas. More than 70% of the total population lives below the poverty line and 50% of children under the age of three suffer retarded growth, partly due to malnutrition. According to the United Nations Human Development Index for 2005 which is a measurement of life expectancy, literacy, education and standard of living, Madagascar was listed as one of the low human development countries ranking 143 out of 177 countries surveyed.

Agriculture, including fishing and forestry, is the mainstay of the economy and accounts for more than one-fourth of gross domestic product, employing four-fifths of the population. Climate change and a rise in the number of natural disasters over the past 35 years have affected production and exports, creating a ripple effect on the economy and people’s ability to survive. An increase in the price of rice, the island’s staple food, has also hit large segments of the population, particularly the rural poor.

The five-year MAP, initiated in 2007 to establish direction and priorities for the nation, aims to speed up development on the island by boosting eight key areas, including infrastructure, education, rural development and health.

Listed under healthcare is family planning, which has been problematic in rural areas due to poor infrastructure and traditional beliefs that a woman should bear several children. Adding to population pressures is a 36% drop in infant mortality from 177 per 1 000 live births in 1981 to 43 in 2006, according to the US based Population Reference Bureau’s 2006 figures. This is a result of more extensive and accessible healthcare services in urban areas.

According to Irin News, MAP seeks to reduce the average size of the Malagasy family through educational programmes aimed at reducing unwanted teenage pregnancies and making contraceptives more widely available.

An early initiative of this kind was the Madagascar Population Support Project carried out between 1993 and 1998, which attempted to expand the use of modern contraceptive methods in urban areas and reduce the fertility rate. The project also provided family planning services in the workplace, introduced non-scalpel vasectomies and educated people through a popular radio series.

Through these efforts the project helped increase the contraceptive prevalence rate from 3.5% to 9.7% nationally – a total increase of 177% over the five-year project life.

Do you have comments or queries about this article? Email Tamara O’Reilly at tamarao@mediaclubsouthafrica.com. 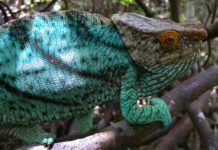