Has Zimbabwe reached a watershed? What has changed in that country?

What has changed is the seemingly innocuous decision to allow Zimbabweans to use any currency of their choice in their daily lives – South African rands, British pounds, US dollars, euros and what have you.

In reality this was already done on the ground, but legalising has allowed for the widespread use of foreign currency in Zimbabwe.

One of the first steps on the road to recovery for countries in decline and with inflation rates similar to Zimbabwe’s is to replace their own monetary unit.

The problem lies with the old currency – too much of it is printed, which in turn increases inflation and, as inflation grows, the situation is exacerbated even further.

In the end even hospitals and schools are not working any more.

Inflation is enemy number one. To tackle inflation, the currency must be changed. And the easiest way to do this is simply to take another country’s currency instead of your own. Panama has gone that route, using the US dollar as its local currency.

In both instances, inflation dropped drastically – in Panama as low as the inflation rate in the US.

I admit that when Zimbabwe made the announcement, I thought it would be a typical half-hearted decision doomed to fail. For one, they avoided the more difficult decision to create a new currency. But it seems I was wrong.

Replacing the Zimbabwean dollar on the ground continues apace. And those citizens without foreign currency simply engage in the exchange of money.

Not using the Zimbabwean dollar has had a couple of consequences.

The minister of finance announced that no more money will be printed to finance the budget. From now on, government will only spend money generated by taxes. Discipline of the highest degree – spending only what you have collected.

Secondly an announcement was made that state assets will be sold to boost foreign currency reserves.

The immediate result of these two decisions is a likely drop in inflation – the first step to recovery.

It all depends on whether these decisions are actually put into action, of course. Zimbabweans face a serious test. But they have started well by making the right kind of decisions.

The next step would be to recognise and protect basic property rights. Minister of finance Tendai Biti has already indicated that economic recovery will not be possible if the confiscation of farms continues. Without a strong property rights base, even the sale of state assets will fail.

Mugabe’s speech in which he asked for foreign assistance – although receiving wide coverage – is by and large irrelevant. Foreign assistance cannot replace the hard work which should be done by Zimbabweans themselves – halting inflation, reinstating property rights and winning the confidence of investors, especially fellow Zimbabweans.

Hundreds of thousands of Zimbabweans will return to the country if these three conditions are met. That will be the real turning point. If these basic requirements can be achieved, a foreign assistance programme will, in turn, make a difference.

Part of this assistance package must be the insistence on and support of an election under international observation.

Changing to a new currency is therefore not as innocuous as it appears. It can bring about change that can only be good: financial discipline, lower inflation, reinstating property rights and investment.

These are still a long way ahead, but at least the decision to change to a new monetary system holds more promise than anything else of the last eight years. Let’s see if it brings about the turning point for Zimbabwe after all. 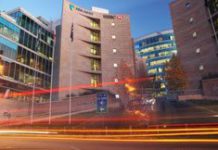 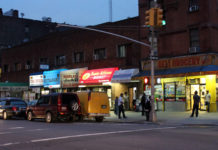 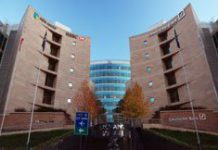 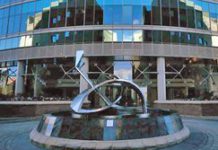