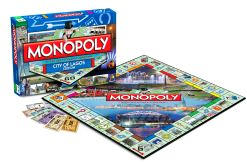 The Lagos version is the first African city edition to be launched since Monopoly was patented in 1935. 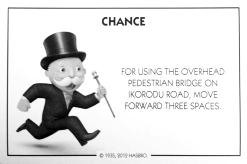 According to the developers the game is not just about having fun, it also has educational value. It will educate people about the laws of the city and the chance cards, which issue players with fines, have been tailored to reflect popular street names and landmarks. 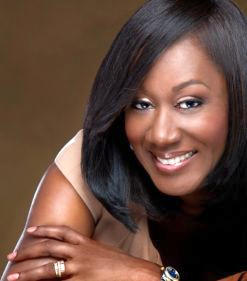 Nigerian entrepreneur Nimi Akinkugbe’s childhood fascination with board games led her to realise a lifelong dream of creating a Lagos edition of the international property trading board game, Monopoly.
(Images: Bestman Games)

Nigerian entrepreneur Nimi Akinkugbe’s childhood fascination with board games led her to realise a lifelong dream of creating a Lagos edition of the international property trading board game, Monopoly. This is the first time the game has been customised for a city in Africa.

Only two other African countries – South Africa and Morocco – have their own editions of Monopoly, but the Lagos version is the first African city edition to be launched since the game was patented in 1935.

Akinkugbe, who is the CEO of Bestman Games, the company with distribution rights to customise editions of Monopoly for Africa (except South Africa), says she’s always wanted to create a monopoly version for the Nigerian market.

“I grew up playing the London edition of monopoly, and I always wondered why we don’t have our own game that shows our landmarks,” Akinkugbe said at the launch event.

With the game she hopes to change negative perceptions of the African continent, Nigeria and Lagos to encourage more interest in tourism and foreign direct investment.

The rapid economic transformation of Lagos in the past five years has caught global attention, and this makes it an ideal Monopoly city.

The vibrant home of more than 20-million inhabitants is considered to be one of Africa’s megacities and the economic capital of Nigeria. Lagos is one of the fastest growing cities in the world, the centre of the country’s economic boom and one of the most innovative cities in Africa.

“Monopoly is a leading international brand so there is some significance for an African city to join this stable of leading cities to have customised editions specially created for them,” she says.

Akinkugbe says the developers included as many of the city’s usual and historic landmarks as they could, but as Monopoly is a property trading game much of the board is dedicated to prime real estate.

“The locations and landmarks on the squares are places that we have genuine ties to and can relate to,” she says. “It creates a sense of nostalgia for Nigerians both at home and abroad, and for all those who love Nigeria.”

To ensure each spot on the board is an accurate reflection of the city’s property market, the development team consulted real estate agents to verify which areas in Lagos fetch the highest prices.

“We found that Banana Island had some outstanding real estate and at top prices. Ikoyi Crescent, Bourdillon Road, and other parts of Old Ikoyi were also major contenders,” she explains.

Lagos’ floating slum of Makoko, where thousands of people live in shacks on stilts, won the famous Old Kent Road spot, which indicates the cheapest property on the London Monopoly board.

The upmarket Banana Island residential development located in the Lagos lagoon is the most expensive property on the board.

Significant landmarks including Murtala Mohammed International Airport, The National Theatre, Teslim Balogun Stadium, Tafawa Balewa Square and Third Mainland Bridge are featured either on the game board itself, on the lid cover or in a special leaflet enclosed in the box.

Bestman Games was permitted to include a brief history of some of the landmarks on the board, as well as others that were not featured, in the leaflet included.

This is the first edition of Monopoly that includes such a leaflet, making it an effective educational tool that also helps to build national pride.

A game with educational value

Akinkugbe says the Lagos edition is much more than just a board game, it delivers some strong messages, too.

“It has so many intricate facets to it, which make for outstanding educational value,” she says.

Through the Lagos version she would like to reinforce the importance of family values by creating a reason for families to enjoy quality time together playing, learning and having good old-fashioned fun.

“We have heard wonderful stories of families playing the Lagos edition during the holidays, taking the boards to the beach and just enjoying time together, having a good laugh and learning at the same time,” she says.

“Lots of families now are quite disjointed because they don’t get to do things together. Board games like this will help people come together. This, in a way, will help to improve our society.”

And, according to Akinkugbe, board games are a favourite pastime in Nigeria, so much so that they can be considered a national hobby.

“We are proudly competitive,” she says. “Board games have been a staple in households for centuries and have always been popular in Nigeria and all over Africa.”

Nigeria has a traditional board game called Ayo, a strategy game which has been played for centuries mostly in West Africa, but other board games such as Scrabble, Ludo, Snakes and Ladders, draughts and chess are also popular.

Nigeria even won the 2012 edition of the African Scrabble Championship in Zambia.

“It has been very interesting to discover that there is a strong Monopoly playing community here as well,” she says.

The game can also promote financial literacy, encourage personal financial responsibility from an early age, and educate people about the laws of the city, such as road regulations.

“We want to promote and encourage strong ethical values and a sense of integrity amongst players by penalising negative or dishonest behaviour and rewarding positive actions in a symbolic but fun way,” she says.