Skin-bleaching agents, weaves – these are the norm for many African women pressured into trying to fit a media stereotype of beauty. One female filmmaker decided to question this Western way of doing things in an animated documentary. 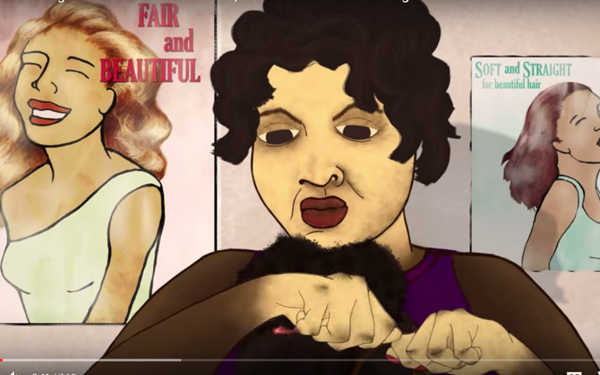 Stories that include a local Kenyan hairdresser who can only afford enough beauty cream to bleach her hands and face, are documented in the film Yellow Fever. (Image: Screen grab via YouTube)

When she was just a child Ng’endo Mukii realised that the pressure to look professional and presentable made her feel awkward. That’s one of the reasons the Kenyan embarked on a journey to make a documentary carrying the message that women needed an option of choice.

Mukii, the director and editor of the animated documentary Yellow Fever, says the pressure to look professional meant having Western ideals in the world in which she grew up. These ideals included having long, straight hair and paler skin.

The idea for her film developed as part of a dissertation she did at the Royal College of Art in London, United Kingdom. Yellow Fever focuses on the media’s perception of beauty and what impact it has had on African women.

The documentary features women from different generations talking about changing skin colour and styling hair. In one scene, a young black girl (Mukii’s niece) says she would love to be whiter. She says she knows she can change her skin colour with magic.

The pressure to change yourself

Mukii explains the need for choice. “If your industry only hires women with weaves and those who have a paler skin tone get more promotions and such, then you will be forced by this circumstance, to either find a new industry, or conform.

“Many of us conform without realising that we have even done so,” she says. “In Kenya, people openly criticise and make fun of women who have bleached their skin, especially if they are in the limelight. I, however, feel that it’s hypocritical as a society to create these ideals and then criticise those that attempt to achieve them.”

Online artist shop Domus explains that Mukii presented Yellow Fever as a means of showing how Africans – and Kenyans specifically – have absorbed the absolute truths presented about themselves over the years, to the point that their own media has become biased towards Western ideals of beauty.

“In response, women and girls feel pressured to conform to these ideals that essentially go against the grain of our bodies. As a result, this has affected our own sense of self-image and we constantly use chemicals to straighten our hair and bleach our skin, in an attempt to emulate these ideals,” says Mukii.

News portal Huffington Post says Mukii named her film after Fela Kuti’s 1970s song of the same title. “However, while Kuti’s lyrics lash out at the women who choose to use skin-bleaching products, Mukii wants to challenge those who create the ideals. In her words, ‘rather than alienating or attacking people who are victims of them, we should actively address the lack of celebration of women of all appearances.'”

The filmmaker asks: “Why is there no acknowledgement of the pressure that exists to push Kenyan [and other] women to willingly poison their skin and bodies with various chemicals [mercury included] in an attempt to have a paler complexion? Why should any normal girl feel that she will be more beautiful and lead a happier life if she loses weight?” 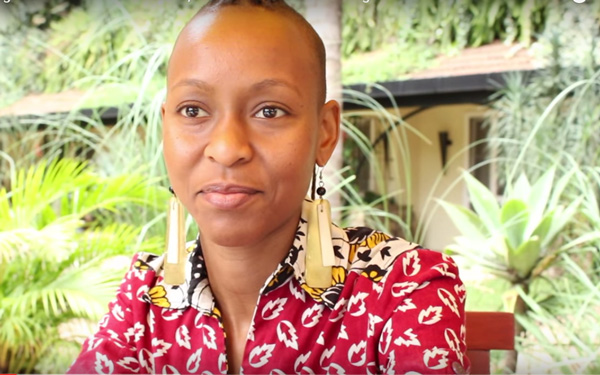 Ng’endo Mukii interviewed family members as a microcosm for Nairobi and the women who live in Kenya.

Mukii says at first she had wanted to interview a number of women and find out their histories and perspectives. “But I realised that within my own family I had a number of generations with whom I am already connected and intimate, and we have had very different experiences growing up.

“So I interviewed my mother and my niece and included my own memories and narration to use my family as a microcosm for Nairobi and the women who live here,” she explains.

Mukii told Design Indaba Conference 2015 that the people in her family did not want to be filmed, so she turned to animation for the characters: “I’m animating them because no-one wants to talk on camera,” she says.

Her responsibility as an African

Speaking about her craft, she explains that if she feels passionately about something, it becomes the focus of her film. “If it happens to be a social issue that I am concerned about, then yes, my work will reflect that.

“I do sometimes feel that there is an expectation that, as an African director, I must focus on certain social issues deemed as ‘African’, and that other content beyond this scope is seen as not ‘African enough’.

“I can understand why this pressure would exist, but I feel it limits our creativity and even our own understanding of ourselves as citizens in this urbanising and multifaceted context we call Africa.”

Africans, she adds, have the opportunity to tell their own stories. 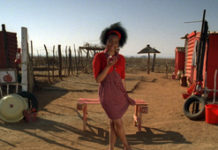