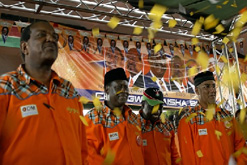 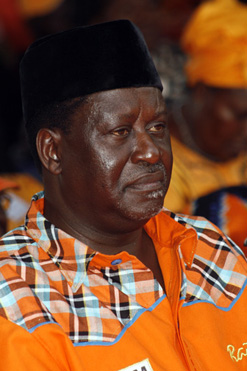 Following months of post-election violence in Kenya, a country on the mend is now emerging. On 17 April 2008 opposition leader Raila Odinga was sworn in as the country’s new prime minister. His appointment is part of a power sharing deal brokered at the 11th hour amid fears that talks had reached a deadlock.

In his address at the ceremony, Odinga said the cabinet’s top priority would be to resettle those still living in rough conditions because of the post-election violence and paid tribute to the patience of the Kenyan people while the negotiations were conducted.

This patience was rewarded on 13 April when President Mwai Kibaki, who won the election in December 2007 under a shroud of controversy, announced that he had finally buried the hatchet with Odinga, his main political rival.

The journey to the power sharing agreement between Kibaki’s Party of National Unity (PNU) and Odinga’s Orange Democratic Movement (ODM) hasn’t been easy. At the end of February, the two men signed the National Accord and Reconciliation Act, which called for an equal sharing of power.

However, the negotiation process hit a snag when the two parties were unable to reach an agreement on how to share power. The main point of contention was that since his appointment as the country’s president, Kibaki had already appointed half the cabinet from his own party.

Odinga insisted that the deal should not just be about an equal number of members from both parties occupying ministerial portfolios – it had to be about an equal share of the important ones too. At issue were the foreign affairs, cabinet affairs, energy, roads and local government portfolios.

When it became clear that the PNU would not yield to the ODM demands, Odinga threatened to walk out of the talks. Fortunately an agreement was finally reached during late night talks on Saturday 12 April.

On Sunday afternoon, in a state address broadcast on TV throughout the country, President Kibaki told the nation of this successful conclusion following weeks of hard talking.

Besides the expected appointment of Odinga as prime minister, he also announced that the post of local government minister would go to Musalia Mudavadi, one of Odinga’s closest allies, who was also given one of the deputy prime minister posts.

The government now includes 40 ministers and 52 deputy ministers, with posts divided equally among Kenya’s ethnic communities. It is also the largest cabinet that Kenya has had since independence.

Although there have been concerns about the large number of salaries which will now have to be paid, government says that although this seems like a high price to pay for balancing the interests of all concerned, it is a small price to pay for peace in the country.

The inauguration makes Odinga only the second prime minister in Kenyan history. Founding president Jomo Kenyatta was prime minister for a year before his title was changed.

At the ceremony, held at the State House in Nairobi, Muslim, Christian and Hindu religious leaders led a prayer ceremony before Odinga took his oath of office in Swahili. Reading his oath, Odinga said: “I, Raila Amolo Odinga, do swear that I will be faithful to the president of the Republic of Kenya and to serve it with all my heart, and that I shall preserve, protect and defend the constitution of Kenya by law established. So help me God.”

Former UN Secretary General Kofi Annan, who acted as a mediator during the protracted process, was among the dignitaries who witnessed the ceremony. Uganda’s President Yoweri Museveni and other East African leaders also attended the historical event.