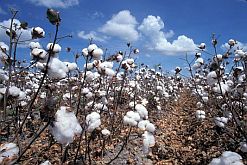 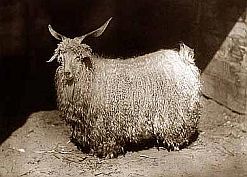 The Food and Agriculture Organisation (FAO) of the United Nations has declared 2009 to be the International Year of Natural Fibres. South Africa’s Council for Scientific and Industrial Research, an organisation that has a large stake in the country’s budding natural fibre industry, is backing the initiative.

The International Year of Natural Fibres (IYNF) covers a wide range of natural fibres of both animal and vegetable origin, with uses ranging from traditional and non-traditional industrial products to fabrics with glamorous apparel.

Plant fibres are obtained from the fruit, stem or leaf, and include cotton (fruit), flax, jute, kenaf, bamboo and hemp (stems), and sisal and agave (leaf). Fibres of animal origin are derived from hair or secretions. The former category includes wool, alpaca, camel hair, mohair from the Angora goat, angora wool from the Angora rabbit, and cashmere. The latter category includes silk.

Tree fibres are not covered by the IYNF, but will be one focus of the 2011 International Year of Forests.

The FAO adopted resolution number 189 announcing the IYNF on 20 December 2006 at the 60th session of the United Nations General Assembly in Rome. The organisation expects the year-long initiative to contribute greatly to the global Millennium Development Goals by improving these industries that provide a livelihood for millions of people in some of the world’s poorest countries.

More than 30-million tons of natural fibre, worth some R300-billion ($30-billion), are produced annually; cotton and wool are the main products. In some developing nations, natural fibres add significantly to the economy, such as cotton in certain West African countries, jute in Bangladesh and sisal in Tanzania.

The objectives of the IYNF are to raise awareness of the economic and environmental importance of natural fibres, stimulate demand for these goods, and promote the efficiency and sustainability of the natural fibre industries.

The FAO also hopes to enlist the help of governments to address problems faced by natural fibre industries and to foster solid international partnerships for research and fair trade among the various industries. All of these factors are intended to improve the lives of small farmers around the world.

The IYNF will be celebrated through conferences, exhibitions, and fashion shows in many countries, including an International Mohair Summit – the first such gathering ever – in November 2009 in South Africa. The country produces over 54% of the world’s mohair, and according to the Council for Scientific and Industrial Research (CSIR) it is also the best quality mohair available.

The CSIR focuses on finding interesting and novel uses for age-old natural fibres, and on ways to improve their properties. The organisation also studies and develops natural fibre-reinforced composite materials for use in the building, automobile and aerospace industries. A composite material comprises two dissimilar components, such as plywood and concrete, which form a new material with better properties when mixed.

Finally, the CSIR investigates better planting and harvesting methods as well as the best strategies to sustain the various natural fibre industries. Much of the research centres on non-woven fibres.

“We plan to make the natural fibre series informative and educational,” adds Blouw. “It would be ideal for use in the classroom as well as by anyone who would like to know more about the fibres itself, what South Africa’s position is with regard to the rest of the world and what the CSIR is doing with its research to assist our industries.”

In South Africa there are a number of lucrative natural fibre industries, such as that of Agave americana – better known as the plant used in the manufacture of tequila. The agave is indigenous to Mexico and was introduced to the dry Karoo region of South Africa a century ago, where it adapted readily.

Strict legislation prohibits the manufacture of tequila from agave harvested anywhere but in the Mexican states of Jalisco, Guanajuato, Mlchoacan, Nayarit or Tamaulipas. However, South African-harvested agave is used for other purposes. Besides the traditional products of twine or carpets, fibres from the blue-grey leaves are well suited for use in the automotive industry in composite materials, or in the geotextile industry, where permeable materials are used to strengthen soil or improve its drainage properties.

A CSIR-driven agave project is underway on a 1 000ha plot near Graaff-Reinet. The project will investigate harvesting, spinning and weaving of fibre and will help to develop these skills in local communities.

Another promising component of South Africa’s natural fibre industry, especially amongst subsistence farmers, features cashmere, made from the soft, dense undercoat of goats. South Africa’s indigenous goat population, kept for their meat, milk and skin products, numbers around 6.3-million. Many of these local breeds, such as Savannah and Boer, are capable of producing a fine cashmere, according to the CSIR – but over the years the focus has been rather on the overcoat while the undercoat has been all but ignored.

CSIR research has revealed that the local goat population is of a good enough quality for the establishment of a sustainable cashmere industry. The next step is to implement pilot projects in goat-rich areas, which will focus on selective breeding and cashmere-refining technologies.

The CSIR is conducting research on industrial hemp (Cannabis sativa L. subsp. sativa var. sativa) fibres to find more uses for it in composites. Hemp is showing great potential as an environmentally-friendly alternative for the use of glass fibres in engineering composites.

While it is related to the plant from which marijuana is made, hemp contains no tetrahydrocannabinol, the active ingredient in marijuana. Sadly, it has been neglected because of its relation to the psychoactive drug. Hemp fibres are similar to those obtained from flax and jute. They are used in textiles, cordage and fine paper products, and the woody core can also be used for animal bedding, garden mulch, fuel and a range of building materials.

The CSIR is also involved in a wild silk project in the North West province. Wild silk is obtained not from the silkworm but from the non-edible wild moth species Gonimbrasia postica and rufobrunnea. The organisation has undertaken wild silk research since 1991, with an emphasis on the quality of the silk fibre, skills transfer, and the creation of a viable market for the silk.