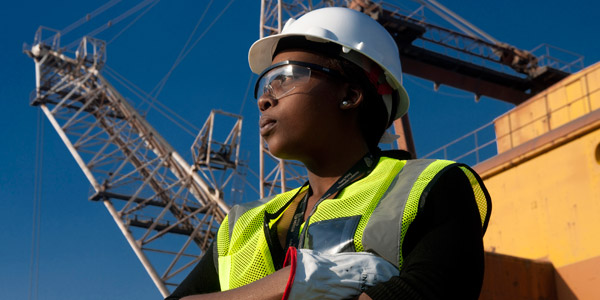 As South Africa prepared for the 2014 World Economic Forum in Davos, we looked at our membership of the increasingly influential Brics grouping of nations as a case study in how to create positive and significant growth similar to that seen in Brazil, Russia, India, China and other Asian economic tigers.

It also builds essential social capital and raises living standards as people have access to electricity, piped water, housing and reliable transport systems. Infrastructure is a critical pillar to strengthen key value chains across our economy.

Strong infrastructure also strengthens the domestic demand for local capital goods, industries, services and products. Ultimately, the more locally produced inputs the national infrastructure build programme utilises, the more the country can grow its manufacturing industry, businesses and, importantly, create much-needed jobs. Gainful and consistent employment is one of the most certain ways in which to ensure the increase in a nation’s living standards.

South Africa’s National Development Plan – or Vision 2030 – has identified infrastructure investment as a key priority for South Africa moving forward. It provides an effective mechanism to support socioeconomic transformation and to build a new level of economic resilience in an increasingly challenging global environment. The development of critical skills to build, implement, operate and maintain our growing infrastructure assets, leveraging job creation and localisation through an infrastructure development pipeline over the next 20 years, South Africa will be able to collectively build an equitable society.

The government needs to spend 10% of its annual budget on infrastructure development in order to achieve the desired levels of economic transformation, growth potential and job creation over the next few years.

At this rate of spending by 2030, the NDP’s target date, the country would have spent a total R11.8-trillion on infrastructure, laying a new foundation for growth, providing decent work opportunities for its citizens, and stimulating business and industry.

The National Infrastructure Plan, which was adopted in 2012, is a powerful framework through which to propel South Africa’s economic landscape onto a more employment-friendly, equitable and inclusive trajectory. It is an exciting new landscape that offers every citizen a real opportunity to develop their own personal capabilities and, as a result, be well positioned and equipped to share in the country’s long-term growth and prosperity.

Accordingly, the government recognises the vital role of the social partners in creating an enabling environment for implementing national infrastructure plans, mobilising human resources and ensuring accountability. These social partners will help develop the capacity and skills required to meet the demands of South Africa’s growing investment programme, not only for construction materials and structural steel inputs, but also for sophisticated equipment like locomotives and turbines. This includes developing the skills to implement, operate and maintain our infrastructure assets.

Implementation of the National Infrastructure Plan will strengthen domestic demand for local capital goods industries, services and products. The more locally produced inputs the build programme uses, the more South Africa’s domestic manufacturing and support industries will thrive, with citizens benefitting from an expansion in the creation of jobs in these industries.

South Africa’s National Infrastructure Plan is also strategically important from an economic growth perspective in terms of regional integration to stimulate greater pan-African cooperation and development. One of the plan’s 18 strategic integrated projects, or SIPs, focuses on supporting African development and integration as part of its mandate.

Through the National Infrastructure Plan framework, there is a greater opportunity to participate in mutually beneficial infrastructure projects to unlock long-term socioeconomic benefits by partnering with fast-growing African economies that have a projected growth of between 3% and 10%.

Such infrastructure projects would focus on the transport, water and energy sectors that also have the potential to provide competitively priced, diversified, short-, medium- and long-term development options for the South African economy. An example of such projects could be in Mozambique’s electricity transmission project (Cesul) which could assist in providing cheap, clean power in the short-term, while the Grand Inga Hydropower project in the Democratic Republic of the Congo could provide a long-term development option for South Africa. Leveraging of such regional strategic integrated infrastructure projects on the African Continent would complement the free trade area discussions aimed at creating a market of 600-million people in South, Central and East Africa.

Ultimately, South Africa’s National Infrastructure Plan represents a tangible methodology for empowering a nation and triggering essential future development. It is a bold effort to successfully transform the economy for the long term, laying the foundation for sustainable growth and job creation.

It provides an opportunity to effectively mobilise the nation behind one common and progressive vision. At the same time, it develops a powerful platform for delivery to the nation and the building of strategic partnerships with business and labour. It also cements South Africa’s position as a key driver and supporter of integration of African economies, further demonstrating the country’s strategic importance at a regional economic development level, together with its standing on the global economic stage as a member of the Brics grouping of nations.