Angolan death metal is cathartic and empowering, a form of music that gives power back to the powerless. (Image Credit: Death Metal Angola)

With the payoff line “the hardest hardcore is Angolan hardcore”, a new documentary Death Metal Angola follows Wilker Flores and Sonia Ferreira as they stage the first rock festival in Angola in 2011. In the process director Jeremy Xido shows the liberating effect this most extreme form of music has in a country still dealing with its violent past.

Angola’s oil wealth means it is, potentially, the biggest economy in Africa but most development has been limited to Luanda. Huambo remains a war-scarred shell surrounded by mine fields, a gloomy background to Angola’s growing hardcore music scene.

Ferreira, who runs Huambo’s Okutiuka orphanage, and Flores are death metal fans. They are part of a growing community that has embraced a dark musical form because it gives them a sense of place in the world. The 2011 death metal festival aimed to bring the bands who performed out of their backyards and into the consciousness of Angola’s second largest city.

They have names likes Before Crush, Dor Infantima and Black Soul and their music is more DIY roughness than professional slickness. They all play a degenerate mix of power chords and belt out meandering angsty lyrics. And while Flores declares his music helps “to clear out the debris from all these years of war,” there is no political influence or social subtext to the scene.

‘One of the hardest and harshest’

While making a documentary on a Chinese built railway that runs through the country, Xido stopped in Huambo looking for a decent cup of coffee. It was then that he met Flores who invited him to a show at the orphanage.

“I assumed it was some sort of club,” Xido told heavy metal music site Blabbermouth.net. “However, when I arrived in the middle of the night at what seemed like an abandoned milk factory in the middle of nowhere, it was clear that this was no club.

“Syphoning electricity from the neighbour, Wilker proceeded to play one of the hardest and harshest impromptu concerts imaginable, lit by nothing more than the headlights of van. It was absolutely magical and terrifying and it marked the beginning of my long and profound relationship with Wilker, as well as the woman who runs the orphanage, Sonia Ferreira, who is one of the most remarkable people I have met in my life.”

Wilker Flores, gatekeeper between this world and something else, something quite profound. (Image Credit: Death Metal Angola)

What Xido found was a subculture that reminded him of his American hometown. Like his friends and neighbours in Detroit, a city that suffered more than most large cities in tough economic times, the metal heads of Huambo leaned on one another and have built their own future. “The musicians have lived through some of the worst humanity has to offer. They are tenacious, full of grit, perseverance, humour and love for one another. And crazy enough to dream big against all odds.”

Talking to Revolver magazine in early November, Xido describes that night as harrowing and powerful. He artistically refers to a nexus of past and future, an experience that changed his ideas about how the world worked. A year later he was back in Angola, flush with funding to finish his railway documentary.

He called Flores and Ferreira who informed him of their plan to stage a national rock festival.  “And then matter of factly, they told me that I was going to film it.  No discussion.  Just smiles. So really, they decided we were going to make this film. And given what I experienced that first night, I was powerless to resist.”

Ferreira, an internal refugee who kept moving through Angola to escape the horrors of the country’s civil war, is mother hen to the orphans she supports and the metal musicians she cajoles into performing at the Huambo rock festival. Intelligent, graceful and beautiful, her passion for death metal infects the 55 orphans she cares for. Ferreira’s identity as a metalhead gives her a vision for a better tomorrow. Her passion is infectious, and her charges draw strength from her. 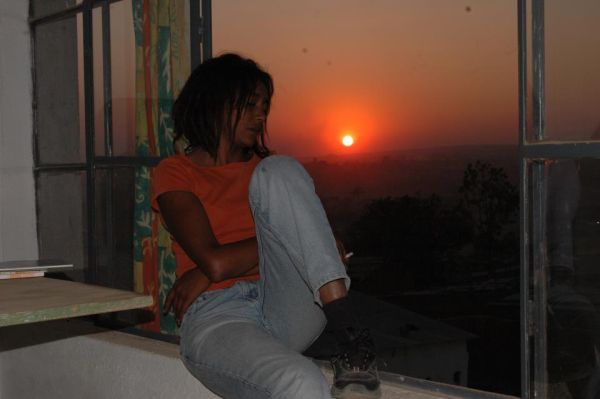 Xido interprets Ferreira and Flores’ campaign to stage the festival as an alternate way of rebuilding and learning conflict resolution. All the musicians are self-taught and pass on their skills. “And you have to have band practice, which is, like, insane, because you have to mediate and negotiate between personalities. In and of itself, that’s rebuilding things that were lost in the years of the war: basic education, basic principles of conflict resolution.”

Death metal is not ignorable, and is cathartic. And it must be played loud – preferably in a residential neighbourhood. For the performers in Huambo the clanging density of the music allows them to look beyond the years of loss and pain, lets them to see the possibility of fun in the future.

In the documentary Flores talks about the death of Angolan culture, how 40 years of conflict created a population more familiar with the sound of bombs and bullets rather than guitars. The sound created by death metal bands create mimics that familiar sound, but it not the sound of conflict, it is the sound of disenchanted Angolans picking up the fragments and trying to tell their own story.

“Now we hear music instead of gunshots and bombs. Rock means poetry, love, lifestyle, joy, happiness. Above all, a way of life.”

Angola’s home-grown Kuduro dance music – European and American beats mixed with African percussion – is the antithesis of death metal. Kuduro gets its name from the rubber-limbed and aggressive dance style (cu duro means “hard ass” in Portuguese) and celebrates the now, the fun of being young and attractive, sexy and funky.

What they do have in common is this – they are both born out of the pent-up anger of Angola’s youth who lived through the last years of the civil war and are yet to see the dividends of peace. For both sets of fans the music they love is the agent of change and renewal.