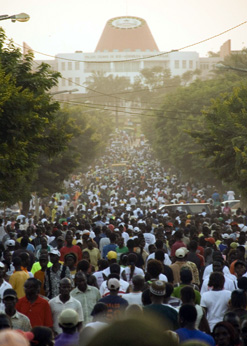 A massive voter turnout and large majority for the winning party in Guinea-Bissau’s parliamentary elections, held on 16 November, signal stronger government and greater reform in the West African country.

The African Party for the Independence of Guinea-Bissau and Cape Verde (PAIGC) won the majority in the elections, which international observers say mark the first of many steps towards restoring stability in the country.

In the 16 November poll the PAIGC won 67 seats, followed by the Party for Social Renewal (PRS) with 28 and the Republican Party for Independent Development with three, Aladji Mane, president of the national electoral commission (NEC), announced to reporters on 21 November. Prime Minister Carlos Gomes Junior has been returned to his post.

“Now, it appears there is a stronger majority, which could mean a stronger government,” said Franco Nulli, head of the European Union (EU) delegation.

UN and donor representatives told IRIN the new government must now focus on reforming the public sector and strengthening the rule of law if it is to build a more stable future.

Since independence from Portugal in 1974, Guinea-Bissau has experienced considerable political and military upheaval. Its people have seen four prime ministers come and go in as many years, and are eager for positive change.

Aida, a 21-year-old student who voted for the first time, said: “We are tired of the politicians quarrelling. We want water, we want electricity … We just want to be normal.”

The NEC’s Mane declared the elections were “free, fair and transparent,” with 82% of eligible voters participating.

But some voters in PRS strongholds in Oio region claimed there were irregularities such as insufficient voting materials. Some said they saw voting the day after the election.

“We are obliged to accept the results, even if we found fraud,” said farmer and PRS supporter Romeu Fernandes.

Mane vowed that individuals suspected of irregularities would be investigated and punished if found guilty.

For the EU’s Nulli, the high voter turnout is a sign. “People are tired of not having water, electricity, education, stability. The high turn-out is a clear [sign] that people want change.”

Sherif Sidi, who works at a petrol pumping station in Bissau, said: “I hope Carlos Gomes Junior will help this country. We ask him to relieve the suffering of the people, most of whom live on less than US$1 per day.”

To deliver essential services, Nulli says the new government needs to completely reform its administration and its finances.

The country is almost bankrupt and civil servants across many ministries face months of wage arrears, he said. Teachers have been on strike since June 2008 because of lack of pay.

Giuseppina Mazza, head of the UN in Guinea-Bissau said: “The country is heavily dependent on foreign aid. It must work on increasing its revenue and streamlining public finances.”

The government should also build up its judiciary system and reform its security sector, Mazza said.

“A strong rule of law is fundamental to develop the private sector and to create jobs and wealth,” she said. “If there are no reforms of the legal framework, there will be no solid foundation to develop the country.”

Guinea-Bissau is a major drugs transit point between South America and Europe, according to the UN Office on Drugs and Crime.

Party activists repeatedly made drug-related allegations in the final days of election campaigning, accusing opponents of receiving money from traffickers.

“A lot of financial means that were injected into the campaign come from unknown origins. It is easy to speculate, but the fact is that we just don’t know,” the EU’s Nulli said.

“Drug trafficking is a reality here but Guinea-Bissau cannot carry the burden alone – it is all around West Africa. The main catches are not here.”

But exaggerated or not, he agreed drug trafficking is a problem that will have to be tackled by the next government. 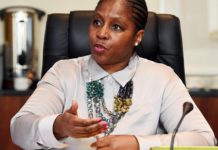 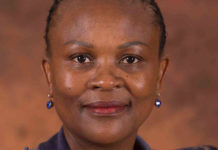 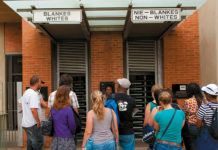