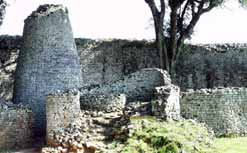 Zimbabwean Lilian Dube is processed for
deportation back to her country at the
Lindela detention centre in South Africa.
(Image: Antony Kaminju, Irin Photo)

The parliamentary committee currently reviewing Zimbabwe’s constitution is actively inviting feedback and recommendations from the millions of Zimbabweans living abroad, via a newly launched interactive website.

“Our resources could not permit us to travel all over the world to solicit the views of Zimbabweans on the contents of the draft constitution; this meant that we could only conduct outreach programmes in Zimbabwe,” said Edward Mkhosi, co-chair of the Select Committee of Parliament on the New Constitution.

“The launching of a website is a wonderful opportunity for Zimbabweans all over the world to contribute on how they want their country to be governed,” said Mkhosi, who represents a smaller formation of the opposition Movement for Democratic Change (MDC) led by Arthur Mutambara.

The other co-chair, Douglas Mwonzora, representing the main MDC faction led by Prime Minister Morgan Tsvangirai, said some 4.2-million Zimbabweans, of a total population of 13-million, were living abroad.

“That is quite a significant part of the population which would need to be consulted, as they may have issues that are relevant to them,” he said. “Some of the issues that could be peculiar to them may have to do with dual citizenship and the right to vote.”

Under existing Zimbabwean laws dual citizenship is not allowed, and only diplomatic staff and armed forces stationed abroad are allowed to vote in national elections while they are out of the country.

A new constitution is one of the requirements stipulated by the Global Political Agreement, signed in September 2008 between Zimbabwe’s three main political parties.

The outreach programmes to find out what people would like to see included in a proposed new constitution have covered urban and rural areas throughout Zimbabwe, but millions of others living abroad have not yet been given a chance to participate in the consultative process.

Paul Mangwana, representing President Robert Mugabe’s Zanu-PF party, said the website was “designed primarily for Zimbabweans in the diaspora … they should be able to say what kind of country they want to come back to”.

Estimates of the number of Zimbabweans living abroad range between 3-million and 5-million, and their remittances are widely credited for softening the impact of the country’s economic collapse.

Admore Tshuma, a Zimbabwean journalist based in the United Kingdom, welcomed the decision to include expatriates “because it is the same diaspora who, during the height of near economic collapse of Zimbabwe, chipped in and re-oiled the wheels of Zimbabwe’s economy”.

Interested Zimbabweans around the world can join the discussion here: www.copac.org.zw