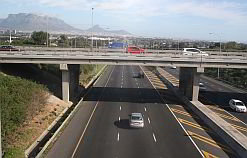 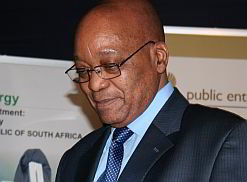 A free trade area (FTA) among regions in Southern and Eastern Africa will be developed in the next three years to boost economic integration between at least 26 nations on the continent.

Negotiations to determine the nature of the free trade agreement were kick-started by South African President Jacob Zuma at a tripartite summit in Johannesburg on 12 June 2011.

The start of FTA framework negotiations is an important milestone, said Zuma.

Developing the FTA is necessary if the regional blocs are to succeed in improving trade among each other. The trade bloc will help reduce barriers between participating nations, as it cuts out import quotas and trade tariffs. It is seen as a regional economic integration scheme.

Negotiations, which include calculating how even gains can be made from trade and investments, usually take a number of years to conclude. Free trade agreement negotiations between the US and Chile began in 1992, but were only formalised in 2003.

Intra-African trade is yet to break the 10% threshold. Zuma attributed this to problems of infrastructure unavailability, unequal development between countries and regions, and constraints in supply chain and manufacturing output, among a range of other factors.

“All these have severely constrained our efforts at growing intra-Africa and inter-regional trade,” Zuma said.

“These challenges will need to be urgently addressed in the framework of the Tripartite FTA if we are to succeed in raising the current levels of intra-Africa trade from the low base of 10%,” he added.

Nations must take into cognisance the need for improved infrastructure as they gear up for a free trade agreement.

“Regional and continental infrastructure development is of fundamental importance to the realisation of Africa’s economic growth and development imperatives,” Zuma said, “and to ensure greater trade integration and global market space”.

“As regional leaders, we carry a particular responsibility to serve as champions in driving industrial and infrastructure development both at the regional and continental levels.”

Until robust road and rail infrastructure from Cape Town to Cairo is introduced, nations such as China, which trade with the continent via sea, will continue to dominate its markets.

Zuma commended the “positive progress” made on the New Partnership for Africa’s Development’s (Nepad) North-South Corridor infrastructure project. The project includes the development of road and rail networks that connect South Africa to North African nations, as well as the laying of extensive broadband fibre-optic cables.

“We urge the three regions (SADC, EAC and Comesa) to work together better to make the infrastructure project succeed,” he said.

Zuma serves as a member of the Nepad High Level Sub-Committee on Infrastructure alongside heads of governments of Algeria, Benin, Egypt, Republic of Congo, Nigeria, Rwanda and Senegal.

South Africa’s Minister in the Presidency Trevor Manuel was announced as Zuma’s right-hand man in October 2010 to assist him in his committee duties. “Minister Manuel and I will work closely together to ensure that South Africa fulfils its continental responsibilities on infrastructure,” Zuma said at the time.

Work is has also begun on the Trans-Saharan gas pipeline. The 4 128km natural gas conduit, part of the Nepad North-South Corridor Infrastructure Project, will run from Nigeria to Algeria.

At the summit it was agreed that governments must mobilise the private sector to take part in FTA discussions and infrastructure development. Zuma noted that the sector and civil society were already participating in the negotiation process.

“They will constitute the key drivers, in partnership with governments, in robustly growing inter-regional and intra-regional trade to the greater benefit of our continent,” Zuma said.