In many African societies, people with albinism are shunned, suffer sever discrimination and are regularly killed in witchcraft rituals. The documentary In the Shadow of the Sun and activists using #StopAlbinoKillings are raising awareness of their plight and calling for end to discrimination. 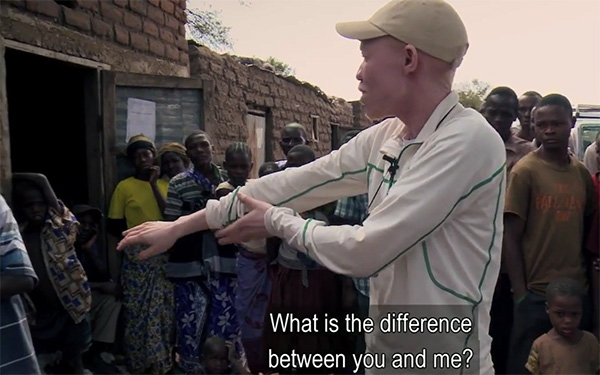 Josephat Torner says as an albino he doesn’t trust anyone, because he fears of being killed for his disability. (Image: YouTube)

With tears streaming down his face, the 15-year-old Tanzanian shares his story. Every day, he has to go fishing with people in his village, he says. “They like to take me, because they say I could save them. They say that if the boat capsizes, I am the only person that cannot die.

“If they come on top of me, they will not drown. They will not die. They believe that I [an albino], float on water,” says the boy, Vedastus.

He is interviewed in the documentary, In the Shadow of the Sun, which unpacks the lives of albinos on Ukerewe Island in Tanzania. The film has been screened around the world, including in Tanzania, where it has prompted people to get involved in trying to help albinos, who suffer severe discrimination and even murder.

The documentary has also sparked social media campaigns, such as #StopAlbinoKillings on Twitter. People use the hashtag to express their outrage and call for an end to the murder of albinos, who are killed and their body parts used in witchcraft.

Kuli Roberts, the South African radio host, is outspoken about the rights of albinos, and uses the hashtag as her Twitter name. Roberts says her campaigning started earlier this year after the hashtag #StopAlbinoKillings was created.

@kuliroberts if we see something wrong being done and we say nothin, then we are just as guilty as those doing the deeds. Albino killinstoo

Harry Freeland, the director of In the Shadow of the Sun, says in an interview on YouTube that the audience hears the dreams of two inspiring people who have albinism. “They [the albinos] face severe prejudice, isolation and brutal witchcraft-fuelled murders in Tanzania.” 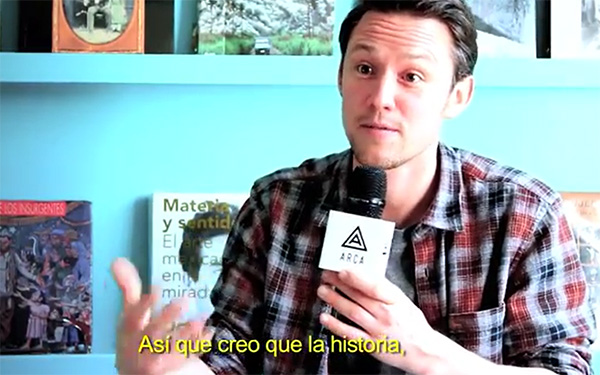 Harry Freeland realised how bad the prejudice in Africa were when a woman came to him and – because of his white skin – told him to take her albino baby back to where it came from.

Freeland has worked as a cinematographer for a decade. He realised that he needed to show the story of albinos in Africa after an incident in Senegal in 2004. The mother of a six-month-old albino baby came up to him, assuming that, because of his white skin, the child belonged to him. “She told me to take the baby back to where it was coming from,” he says.

The woman believed she had been cursed. Her husband had kicked her out of the house because he thought she had cheated on him with a white man. “I have a cousin who has albinism, so I understood the condition,” Freeland explains, but adds: “I had never met anyone in Africa with albinism before. I never realised how people can be so discriminated against for the colour of their skin and for albinism in Africa.”

He had been in Senegal on another assignment and on his return to the United Kingdom he spoke to people about albinism. He found out how little people knew about the condition. “I began to think how a film could help raise awareness and hopefully have charities get involved to help these people.”

A year later he was making a film in another African country, he recounts. “I met a mother with albinism who lived on the street with her four albino children. This was the first time I had a conversation with someone with the condition. I realised that this [prejudice] was not only happening in Senegal, but all over the continent.”

Freeland says he found a few issues: “There is a farm in Senegal [to which] about 30 people with albinism fled. This because they have been treated so badly in their community… I found that women with albinism in South Africa had been raped, because of the belief that it would cure HIV.”

He first travelled to Ukerewe Island in 2006, where he learned that people believed a huge number of albinos were dumped a long time ago. “The population has grown, now they have a society where they can look after each other and share their experiences.”

Freeland focused his documentary on the island, but making it was not without challenges. “What I didn’t know was that there was going to be an outbreak of murders. They were targeting albino people in Tanzania and other parts of Africa… So really I got involved because of the incriminating stories I was hearing,” he says.

People are treated like animals on the island, he explains. “What I found out on the island was that people were kept away from their families, in separate rooms, often in the dark [because they were albino].

They did not know that albinism did not mean a person was a ghost or that it was a curse, as some Africans thought, he explains. “It’s a lack of melamine in your skin that produces pigment. That’s all it is. It also affects the eyes, so you can be visually impaired.”

Another person interviewed in the documentary, Josephat Torner, says in the film that he is not a devil. He pleads: “Please do not kill us; look after us.”

He sometimes feels his body shaking. “I think ‘did I say the right thing?’ In my mind, I stop trusting everyone around me. That’s how I live, I don’t trust anyone. Not even a relative or anyone.”

Poverty is given as one of the reasons albinos are killed, by a resident of Ukerewe. “I would kill to improve my life. If a rich man said to me he wanted an albino limb, I would think about how my life is,” the fisherman says in the film.

The documentary took six years to complete, with Freeland saying it took so long because the people he interviewed received death threats. As for fearing for his own life, the filmmaker says: “I think if you see the strength of the two characters, [you can see that] it was easy for me to make the film.

“I think that’s why I shot it over a period of a long time: to make sure that the people [in the film] would be safe.”

He could not release some information about Torner, because it would be dangerous for him. “Certainly also the time before Vedastus got into school.”

Effects of the documentary

Jennifer Targhi, who created various social media campaigns agains the killings on albinos, says that several years ago she saw a documentary which affected her deeply. “Through that film I became friends [on Facebook] with Josephat Torner and joined groups such as The Tanzania Albinism Society, Under the Same Sun, Standing Voice… In short, I tried to research the plight of people with albinism in Tanzania and to find ways I could help,” she says.

“At the end of February this year, there was news of another very distressing killing of a small boy, Yohana, who was found with his arms and legs hacked off. The news was barely covered by the media here and it seemed to me that very few people I knew were actually aware of the situation.”

She wanted to bring the plight of albinos in Africa to the attention of as many people as possible. “I spoke to a friend who travels regularly to Tanzania, to ask her what positive action my friends and I could take.”

Targhi says her friend advised her to donate sunscreen, hats and sunglasses to people with albinism in Tanzania. “It would be helpful to lobby the president of Tanzania to take stronger action against the perpetrators of these crimes and to bring about a programme of education to all the citizens of the country.

“I have been involved with petitions before and have seen how successful they can be, so at the beginning of March I initiated my petition.”

Through the petition, Targhi has become acquainted with activists in Tanzania, who have lent their support under the hashtag #StopAlbinoKillings. “So it has become a joint international effort. I am active on social media to promote the petition and to provide current and accurate information about the ongoing situation in Tanzania and the other East African countries experiencing this problem.

“I am taking steps to support a child through the charity Standing Voice, and encouraging others to do so. Many friends have now taken up the cause – this is how it spreads.”

Standing Voice is a charity started by Freeland and Torner that supports and improves the lives of people with albinism in Tanzania and across Africa.

Targhi says people can build awareness by talking to anyone who will listen, by holding fundraising and awareness events, by having T-shirts printed. “I have seen some amazing designs in photographs posted on Twitter by a lady called Kuli Roberts – and this is something I would very much like to be involved with.”

She and Tanzanian activists aim to hand the petition to the country’s president on International Albinism Awareness Day, on 13 June. “Hundreds of people from all over the world have commented with their signature, and some of their comments are very moving. I owe it to everyone who has taken the time to sign and comment, to take this as far as I can, and to let him see their comments.

“I believe that international opinion is very important to the president and his government. So, to this end, I aim to get as many signatures as I can.”

Meanwhile, it was reported by Reuters on 4 March that Tanzanian President Jakaya Kikwete had promised to end a wave of killings of albinos, saying the witchcraft-related murders were shaming his East African nation.

There were about 200 000 albinos in Tanzania, and witch doctors were known to tell clients that albino body parts would bring them luck in love, life and business, the news agency reported. Similar beliefs existed in other African societies, but activists said attacks on albinos were particularly prevalent in Tanzania.

Watch an interview with Harry Freeland, and also a clip of two albino girls in a camp: