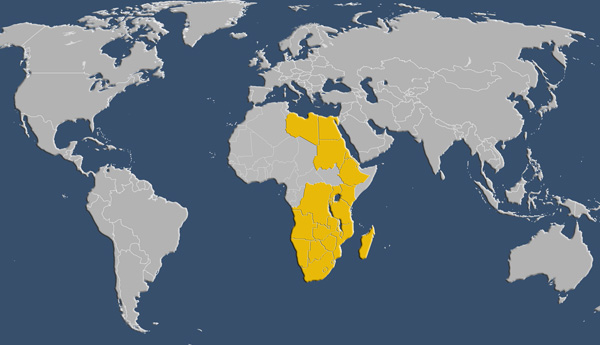 The new Tripartite Free Trade Agreement will open up borders between 26 African countries, stretching down the east of the continent from Libya and Egypt in the north to South Africa in the south.

Trade efficiency inside Africa is set for a major boost when three regional economic communities sign an agreement in June to establish a massively enlarged free trade area encompassing 26 countries in southern and eastern Africa – roughly half of the member states of the African Union.

The Tripartite Free Trade Area or FTA will have a combined population of about 600-million people and a gross domestic product of some $1-trillion. The aim is to boost intra-regional trade, increase investment and promote the development of cross-regional infrastructure, according to the Southern African Research and Documentation Centre (SARDC).

The Common Market for Eastern and Southern Africa (Comesa), the East African Community (EAC) and the Southern African Development Community (SADC), commonly referred to as Comesa-EAC-SADC, first mooted the agreement back in October 2008. Since then, there has been “significant progress” towards realising “this dream of opening up borders to literally half of the continent, spanning the entire southern and eastern regions of Africa – from Cape to Cairo”, reports SARDC.

The chairperson of the Tripartite Task Force, Rwandan-born Dr Richard Sezibera, expects negotiations to be complete in time for the signing. “Considerable progress has been made and negotiations have intensified to ensure that we clinch the Tripartite Free Trade Agreement by June 2014,” he said at a tripartite meeting in November, in Arusha in Tanzania.

The goal of a continent-wide free trade area was first set 23 years ago, with the signing of the African Economic Community Treaty in 1991. Regional trade arrangements such as the Tripartite FTA are seen as important steps towards this goal, according to SARDC. The vision of the Organisation of African Unity, formed in 1963 and now called the African Union, was always one of a united and integrated continent.

The FTA is being established in three phases. The preparatory phase, which included national tariffs, trade data and measures, customs procedures and simplification of customs documentation, transit procedures, non-tariff barriers, and other barriers to trade, is now complete.

Phase one includes the easy movement of business people within the region, while phase two will cover trade in services and intellectual property rights, competition policy and trade development, and competitiveness. A single FTA is expected to be in place by 2016, with the three sub-regions creating a single customs union.

“Removal of trade barriers such as huge export and import fees would enable countries to increase their earnings, penetrate new markets and contribute towards their national development,” said SARDC.

Comesa was established in 1982 as a preferential trade area, with the aim of taking advantage of a large market to share the region’s common heritage, and to allow greater social and economic co-operation, with the objective of creating an economic community. The overall aim was to establish a common market, and in late 1993 the Common Market for Eastern and Southern Africa was signed, and ratified a year later.

The EAC is the regional intergovernmental organisation of Burundi, Kenya, Rwanda, Tanzania and Uganda, with its headquarters in Arusha, Tanzania. It came into being in mid-2000, ratified by the original three partners – Kenya, Tanzania and Uganda. Rwanda and Burundi joined the community in 2007. Its vision is a “prosperous, competitive, secure, stable and politically united east Africa”. Its mission is to widen and deepen economic, political, social and cultural integration in order to improve the quality of life of the people of east Africa through increased competitiveness, value-added production, trade and investments.

The main objectives of SADC, which came about in 1980, are to achieve development, peace and security, economic growth, to alleviate poverty, enhance the standard and quality of life of the peoples of southern Africa, and support the socially disadvantaged through regional integration, based on democratic principles and equitable and sustainable development. SADC members are Angola, Botswana, Democratic Republic of Congo, Lesotho, Madagascar, Malawi, Mauritius, Mozambique, Namibia, Seychelles, South Africa, Swaziland, Tanzania, Zambia and Zimbabwe.