There have been – and are today – plenty of scientists and inventors in Africa doing remarkable work. So why does the myth persist that Africa has no scientific innovators? 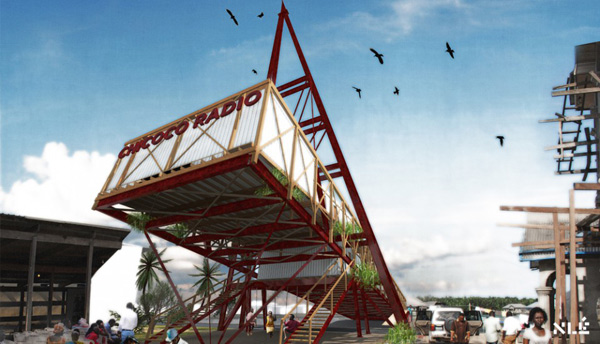 Engineering, architectural and social innovation … Chicoco Radio is a floating media platform being built with and for the residents of Port Harcourt’s waterfront community by Nigerian urbanism and architecture firm NLÉ. Read more.

The rest of the world has long believed that Africa can’t produce its own scientific inventions. This myth can be traced back to the time of slavery and colonialism – systems that led even Africans themselves to think that nothing good could come from the continent.

The myth is cemented by history books. These are replete with stories of scientific innovators from the developed world. I am not suggesting that the role these people played should be dismissed. They contributed enormously to the modern world.

There must, however, also be room to celebrate African innovators who have not yet been recognised for their contributions to science, medicine, technology and food security. These would include biomedical engineer Selig Percy Amoils, electrochemist Rachid Yazami, nuclear scientist Sameera Moussa, palaeontologist Berhane Asfaw, surgical pioneer Haile Debas and plant geneticist Gebisa Ejeta.

Today, there are plenty of African innovators who continue to do remarkable work. 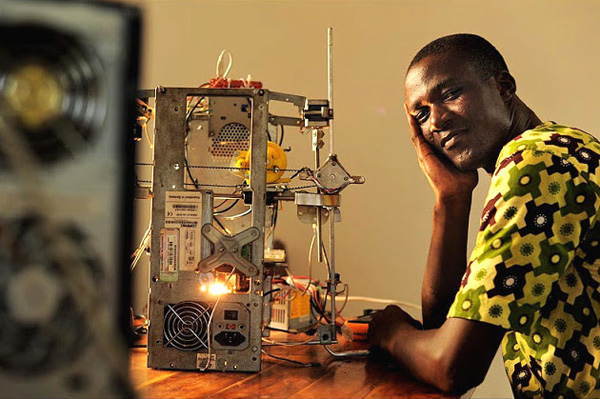 Togolese techie Kodjo Afate Gnikou has invented a 3D printer that costs only $100 to make, using easily sourced second-hand electronics. The 3D-printer alleviates the negative effects of E-Waste and is a game-changer for the electronics industry. (Image: Daniel Hayduk, Ulule)

But a list of names alone will not bust this myth.

Africa needs to start demonstrating to the world that it is capable of producing its own innovators.

It can do this in two ways. First, by investing in the continent’s youth. Second, by creating opportunities for the new generation of African inventors and innovators to take their place on the global stage.

Africa is home to the world’s largest population of 15- to 24-year-olds. This is set to double by 2045. African governments have recognised that, to build a sustainable future, they must equip their populations with the skills needed to build the continent from within – rather than relying on technologies and ideas from elsewhere.

Work is already being done in this regard. In 2005 the African Youth Forum for Science and Technology programme was launched to give young African people a platform on which they can actively play a role in policy and decision-making. Another initiative is the South African Agency for Science and Technology Advancement. The agency gives young graduates the chance to get involved in advancing science and technology.

Far more of these initiatives are needed to motivate young people in Africa to take the promise of science and technology seriously. Only then will the continent start to recognise its own potential in these fields.

Most African governments recognise that the only way forward is through homegrown science and technology. But many universities aren’t keeping pace.

Research suggests that more and more African graduates want to work for themselves and are committed to changing their societies. This also suggests that many are innovators at heart. Yet neither their schools nor their universities appear to be equipping them for life as inventors or self-starters.

These concerns have been raised by both scholars and educators. Bame Nsamenang and Therese Tchombe, for example, argue that the current African education system does not seem to reflect the realities on the ground. The system needs to be altered so that it is in tune with these realities – and so that it teaches children just how much people in Africa are able to do to address their own continent’s problems.

It is also important that schools and universities in Africa not only highlight and idealise theories and thinkers from elsewhere in the world. This will help their graduates see what is possible and stop thinking of their continent as a place without innovators.

Some institutions are setting the pace here. South Africa’s University of the Western Cape is offering a flagship programme on Critical Thought in African Humanities through its Centre for Humanities Research.

The Pan-African University, which is being established by the African Union Commission, is another example. It aims to prioritise science, technology and innovative research that’s uniquely African, and to highlight the work coming out of the continent.

Such work is an important start towards Africa recognising its own potential and hailing its own homegrown innovators. There need to be far more of these sorts of initiatives – because as long as the continent fails to recognise that the myth of itself as not innovative is just that, a myth, Africa can’t really move forward.

Stewart Maganga is a doctoral candidate at the Nelson Mandela Metropolitan University. A version of this article was originally published on The Conversation. Read the original.