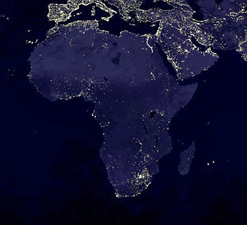 The inaugural Brand Africa Forum is a one-day summit of pan-African decision-makers in the fields of media, business, nation branding and civil society. The gathering is hosted by Brand South Africa, and takes place at the Sandton Convention Centre in Johannesburg on 16 September.

According to Brand South Africa, the forum aims to “leverage and extract sustainable learnings from the successful 2010 Fifa World Cup South Africa to shape the image of Africa, and to set an agenda to drive the reputation, image and competitiveness of Africa – for Africa, by Africa.”

Speakers include Dambiso Moyo, a former Goldman Sachs economist and author of the New York Times bestseller Dead Aid: Why Aid is Not Working and How there is a Better Way for Africa; and Santie Botha, Chief Marketing Officer for the MTN group.

Speaking of Africa’s brand in the global marketplace, Anholt has said: “Brand Africa, with its simple message of ongoing catastrophe, is promoted by aid agencies, international organisations, donor governments and aid celebrities like Bob Geldof and Bono … not as 53 countries in various stages of development and struggle for independent existence and identity, but as a uniform, hopeless basket-case”.

It is this image of Africa – which fails to reflect the continent’s economic diversity, and the optimism that goes with rising investment, growth and stability – that the Brand Africa Forum will seek to address, through keynote speeches and discussions.

The latter are centred on the three concepts of media, business and economy, and nation branding, and will feature Africans and African diasporans, as well as other global leaders who feel strongly about the continent’s future. The key media address is delivered by Anton Harber, Caxton Professor of Journalism at Wits University, while the business address is given by Moyo and the nation branding address by Anholt.

The forum will be broadcast to 41 sub-Saharan countries on CNBC Africa, a DSTV channel that reports on business in Africa from an African perspective.