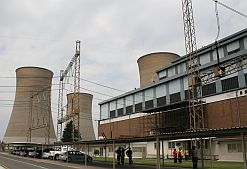 South Africa’s Eskom received a substantial
loan from the World Bank in 2010. The
bank will introduce a new funding scheme
for Africa.
(Image: Bongani Nkosi) 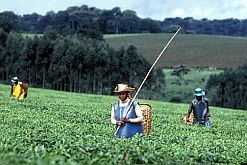 Agriculture is one of the sectors tipped
to receive a boost.
(Image: ICRA)

The World Bank is to strengthen its focus on funding development programmes in Africa, with plans to introduce a new five-year support strategy already at an advanced stage.

The new strategy, known as “Africa’s future and World Bank support to it”, replaces the outgoing Africa Action Plan, which was introduced in 2005.

The 2011 to 2016 strategy will be officially announced to the public in March, but will be implemented from the beginning of the new fiscal year in July. It is currently being finalised within the World Bank.

The new plan will focus on fostering development on the continent through partnerships with various sectors. When released, it will outline how the organisation “plans to revise its approach and deepen its partnership with Africa”, according to the World Bank.

“The main instrument for implementing the strategy will be partnerships,” Obiageli Ezekwesili, World Bank vice president for the Africa region, said in a news release.

“We need to leverage the private sector, development actors and most importantly the African society in designing development solutions going forward. We must ensure that our knowledge and financial resources are much more productive and effective.”

The Africa Action Plan was a working document credited for keeping the World Bank focused on necessary development initiatives in Africa.

The Africa Catalytic Growth Fund (ACGF), through which the World Bank disbursed grants to the poorest African countries as opposed to offering loans, is one of the initiatives that came out of the Africa Action Plan. ACGF was launched in 2008 and is likely to be incorporated into the new strategy.

Some of the specific commitments of Africa Action Plan included increasing financial support for free primary education in 15 countries. The strategies are part of efforts to make it possible for countries to achieve some of the 2015 Millennium Development Goals.

The new strategy will be largely influenced by input from thousands of people, mostly Africans. The World Bank said it consulted no less than 2 000 Africans and other role-players over eight months to discuss the revision of the current strategy.

Consultations were held in 36 countries, including 31 African states, through face-to-face meetings and workshops.

Issues raised included how governments could beef up their capacity to manage resources, how sub-regional economic blocs could step up their roles and how the private sector could be involved in driving economic growth.

A popular suggestion was strengthening the focus on African agriculture.

The best ways to incorporate informal sector s into mainstream economies will also likely be prioritised in the new strategy, as was suggested in the consultations.

The bank said a number of those consulted reviewed the strategy draft in November 2010 and expressed that it could make a huge contribution to development on the continent.

“The comments we received proved what we have known for some time: that Africans are best placed to determine their development needs and the interventions necessary to foster economic growth and poverty reduction in their countries,” said Shanta Devarajan, World Bank chief economist for the Africa region.

Devarajan is also one of the lead authors of the strategy.