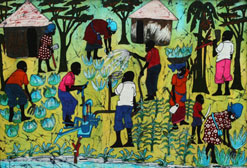 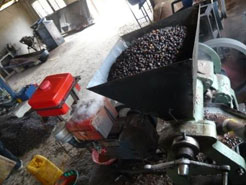 AfriGadget, a website that reports on African ingenuity and innovation, has made it onto the list of Time magazine’s 50 best websites for 2008. The site, which is run by a team of volunteers who contribute material from all over the continent, showcases simple yet sustainable inventions that boost living and working conditions in Africa.

“Being named as one of the best sites the web has to offer is an honour for AfriGadget,” says founder and editor Erik Hersman, who grew up in Sudan and Kenya. Hersman believes strongly in change brought about through the use of technology, and he and his team report on what are often the most unlikely inventions across a range of Africa-relevant categories such as sanitation, food, water, energy, transportation and health.

The site, as Hersman says, is a testament to Africans bending the little they have to their will, using creativity to overcome life’s challenges, often forging ahead without the help of NGOs and other organisations.

Stories covered on AfriGadget include the bamboo bike project, an initiative pioneered jointly by professional bicycle designer Craig Calfree and the Earth Institute at Columbia University; an ironworks in Nairobi that uses a bicycle-driven bellows; a project making biodiesel out of local palm nuts in Sierra Leone; a bicycle fitted with a grinding wheel that becomes a mobile knife-sharpening workshop when put onto its stand, earning the entrepreneur about R80 ($10) a day; and a foldaway house for emergency situations invented by South African Rajan Harinarain.

Other notable stories involve young Malawian William Kamkwamba who built a windmill from scratch to generate electricity for his home; and the non-profit KickStart organisation which develops and markets new technologies in Africa to allow local entrepreneurs to establish profitable new small businesses.

One of Kickstart’s most popular products is its award-winning MoneyMaker pump. Operating much like a gym step machine, the device pumps water to irrigate lands and enable small-scale African farmers to expand their enterprises. Kickstart has sold a large number of these pumps across Africa, and has been approached by the United Nations to sell globally.

Telling the stories of African ingenuity

The AfriGadget team comprises Erik Hersman; Kenyan Steve Mugiri who comes from a business management and technology background but is also a noted music blogger specialising in pre-1985 East African music; Kenyan Juliana Chebet, an AfriGadget founder with an engineering degree; and German Juergen Eichholz, a water and sanitation specialist who grew up in East Africa.

The core team relies on a network of writers across Africa for stories, videos and images. Since AfriGadget is formatted as a blog, people are encouraged to write in with their contributions.

“What makes these stories so engaging, interesting and challenging is the fact that they are about people carrying out economic activities with very little resources to them, that are so challenging that we would typically expect them to be tackled only by organisations,” said Mugiri in an interview with the Sietch, a worldwide online community that works for positive change.

AfriGadget also runs the Grassroots Reporting Project with a view to building a network of reporters who can go out into the field and find stories. They will be trained and equipped with mobile phones and computers to help them get the stories as they happen. 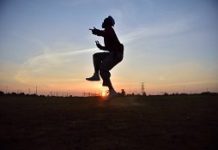