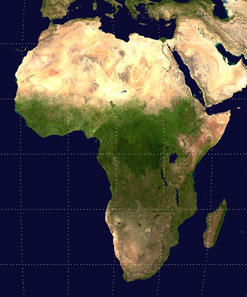 The capital base of the African Development Bank (AFDB) is set to increase by 200%, giving the institution more capacity to meet the needs of countries on the continent, particularly low-income ones.

The bank announced the plan by its funders to increase its capital base to US$90-billion on 24 April, following the 11th meeting of the Group Board of Governors Consultative Committee in Washington DC on 23 April – on the sidelines of the World Bank and International Monetary Fund spring meetings.

A final decision on the increase is expected to be announced at the bank’s annual meeting in Abidjan, Côte d’Ivoire, which runs from 27 to 28 May. AFDB’s funders, which will finance the increase, include the 53 African nations and 24 other countries around the world.

AFDB said the “substantial increase” will allow it to maintain a higher level of lending to African governments and the private sector. The increase comes against the backdrop of “overwhelming demand in all countries” for funding, it said.

The waning global economic recession, which did not spare the continent, almost exhausted the bank’s funds. “In response to the financial crisis, the bank had front-loaded its commitments, put in place new instruments to facilitate trade, and restructured its portfolio,” the AFDB said in a statement.

As a result of high funding demand, the bank had used its available resources more quickly than previously expected, it said.

“We acted decisively to limit the impact of the financial crisis and recession on Africa, said Donald Kaberuka, AFDB’s president. “Our response significantly helped Africa weather the storm of the crisis, but the massive increase in demand for financing has brought us close to our lending limits.”

One of the more sizeable bailouts by the Tunis-based AFDB was made to Botswana in June 2009. The $1.5-billion budget support loan was intended to aid that Southern African country’s 2009/10 deficit, which was caused by the country’s GDP contraction after the price of diamonds and other commodities plummeted.

AFDB has, however, predicted that Africa’s economy will grow steadily in 2010. In a recent report it projected growth of more than 4% and a combined GDP of about $1.5-trillion for this period.

The economy of the Democratic Republic of Congo is expected to show the highest growth rate of about 11.8%, the bank said.

Uganda received an AFDB loan worth $136.6-million on 12 April to go towards road upgrades and job creation projects in the East African country. Other recent beneficiaries are Burkina Faso, which was granted a loan of $38-million, and Togo, which received $36-million.

AFDB has described the 200% increase as historical. “I am delighted by this decision. This is a historic moment for us, and a signal of strong confidence in the bank,” Kaberuka noted.

“With this capital increase we will be better able to meet the needs of African countries, including low-income countries, and help them return to the previous high rates of growth,” he added.

AFDB’s boost weighs in slightly more than the $86-billion capital base increase from the World Bank, which was also announced after the meeting in Washington DC.

The World Bank is also expected to assist Africa’s developing countries through lending schemes, such as the recently approved a $3.75-billion loan to Eskom, South Africa’s power utility.

Hopefully, the loan will lead to a more sustainable supply of electricity here and help finance the coal-fired Medupi power station, being built in Limpopo, as well as the country’s first large wind- and concentrated solar-powered plants.