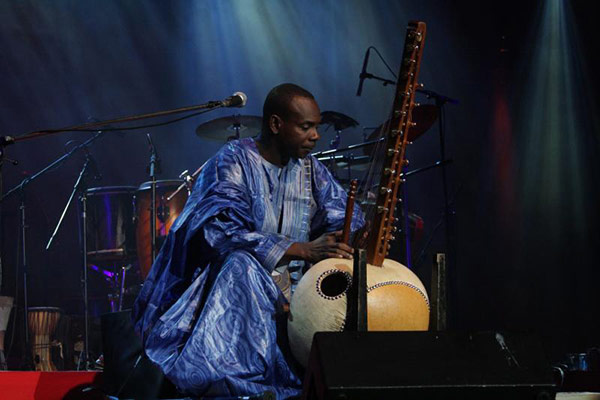 African rappers and pop stars are still sticking to the ancient traditions of the griot by using music to share knowledge, preserve history and inform the public of social issues. Pictured above is Gambian griot, Toumani Diabaté, performing at the Back2Black Festival in Rio de Janeiro in 2010. (Image: Domingos Guimaraens)

Young Africans are turning to a familiar medium to air their views on issues that affect them and their communities: music, and particularly, the artistry of the griot.

The griot, otherwise known as jali, is a caste of musicians from West Africa. Similar to bards, they are known mainly for relating history and social issues through music and poetry. British rapper and poet Akala said the griot was a “rhythmic, aural poet, singer, musician and custodian of the history and spiritual tradition of that [Malian] empire and culture”. Their music, he added, manifested in the United States as ragtime, blues, jazz, and hip hop.

But griots also played greater roles: as storytellers, historians, diplomats, genealogists, teachers, warriors and even ambassadors. And modern day musicians from West Africa are keeping up the griot tradition by addressing societal issues, albeit with the latest technology and newer musical forms. For instance, Senegalese duo Xuman and Keyti have created an innovative form of using hip hop to tell the news. Le Journal Rappe, which is broadcast on You Tube, reports on current issues that are rapped to a looping beat.

When he appeared on the online documentary series My Africa Is, Xuman said the programme reached out to a youth who did not read the news and did not dig deeper to find the absolute truth. “They stop at sensational headlines that are put together to recap the news. We said to ourselves, it wouldn’t be a bad idea to give our point of view to the everyday Senegalese person and say: ‘Listen, you have to learn to think differently.’ And all that led to Le Journal Rappe being created.”

It came about as a reaction to the change to the constitution wrought by former Senegalese president Abdoulaye Wade, which would allow him to run for a third term in office. The youth were against this and took to the streets in protest. He eventually lost the election to the current president, Macky Sall. “Wade wasn’t a dictator,” said Keyti, the other half of the rap duo, “but he was trying to take away certain liberties [to which] the Senegalese were already accustomed.”

The series has become popular among the youth in Senegal, where it has done its job of keeping them informed about current issues. Their model has been so successful that it has even been adopted by rappers in Vietnam, Jamaica and Uganda. The pair completed their second season in August, but there are no signs whether a third season will be produced. Xuman said it was difficult to find sponsors for the show as certain businesses were afraid to be associated with Le Journal Rappe. “Unfortunately it closes the door on us.”

However, if there was a third season, Xuman assured it would continue to address issues in society, question the authorities and “make our opinions heard”.

Prince Diabaté, a griot from Guinea, said that when a griot died, it was like a library burning. “We did not write the history on paper before, but the griot has all the history in his head. So when he passes away he is going with the history.”

Diabate plays the kora, a 21-string lute-bridge-harp that typifies the griot. And like many griots, he comes from a long family line of griots.

Gambian-Briton Sona Jobarteh is the first female kora player to come from a West African griot family, making her a pioneer in a male dominated tradition. She once told the BBC it is not normal for female griots to take up any instrument, yet it did not stop her from becoming a distinguished kora player.

Speaking to Gambian newspaper, The Daily Observer, Jobarteh said she has had to respect the kora as a male instrument and she had to understand and embody the character of the kora before playing it. “If you are a female this may not come naturally. So it is a fine balance between your musicianship and your femininity.” 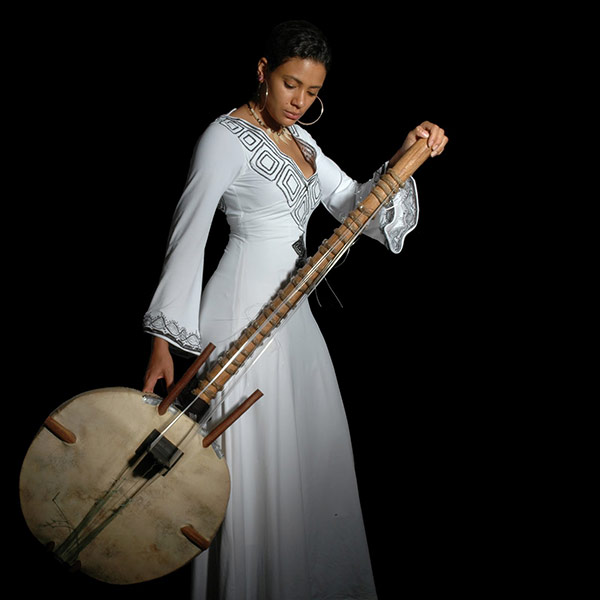 Despite her situation, Jobarteh does not feel any pressure from being a kora player in a male dominated tradition. Instead, she believes her greatest challenge is living up to the reputation her family has built up over generations of being kora players. She comes from one of five principal West African griot families and they are renowned kora masters. Her grandfather, Amadou Bansang Jobarteh, and cousin, Toumani Diabaté, are known as a shapers in the Gambian musical and cultural landscape.

She pays homage to her family in her 2011 album Fasiya. Meaning heritage, the album also addressed the balance between preserving tradition and innovating.

Youssou N’Dour is also one of those musicians who has lived up to his family’s reputation as griots. Although he was not raised in the griot tradition of his maternal ancestors, he has certainly lived the life of one. As a musician he has belted out global hits such as 7 Seconds, featuring Nene Cherry, and Shakin’ the Tree with Peter Gabriel. But his music has made a bigger impact off the charts. In 1985, he organised a concert that called for Nelson Mandela’s release from prison. He also featured in Amnesty International’s Human Rights Now! Tour in 1988. He collaborated with Lou Reed on the cover of Gabriel’s Biko, which was included on Amnesty International’s benefit album, The Secret Policeman’s Third Ball.

N’Dour is also involved in causes outside music. He started Project Joko with the United Nations and Unicef to open internet cafes in Africa as well as get Senegal connected to the rest of the world. He appeared in a joint Spain-Senegal advertising campaign to inform the African public about the consequences of illegal immigration. By 2012, he had entered politics, running for presidency in the Senegalese election. Though disqualified from the race over the legitimacy of signatures collected to endorse his campaign, he was appointed as minister of tourism and culture.

Gabriel probably described N’Dour best when he told The Guardian: “He’s probably the top African artist in many ways. His music has reached a lot of people outside his culture. He’s also become something of a statesman with all the campaigns he’s taken on.” 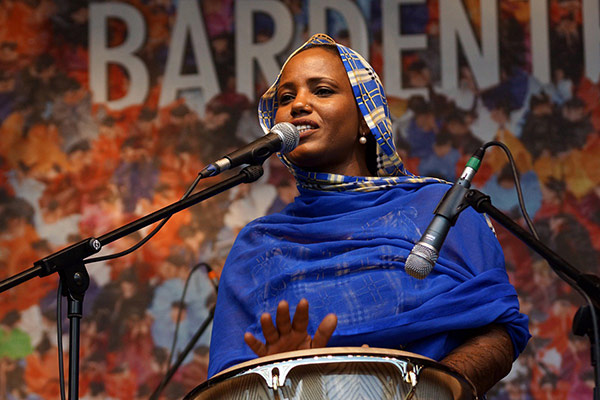 Aziza Brahim from Western Sahara uses traditional music to tell stories of the suffering her people, the Saharawi, after the country was occupied by Morocco. (Image: Werner Gensmantel)

In a BBC article on modern day griots, DJ Rita Ray said pop stars emerging from Africa were more than commercial musicians. Peer underneath, she said, and you would find the ancient traditions of the griots. She referred to Ghanaian rapper Kwame Ametepee Tsikata, better known as M.anifest, South Africa’s Tumi Molekane and Nigeria’s Omawumi Megbele as commercial artists who carried the griot spirit.

But it is Aziza Brahim, granddaughter of poet Al Kadra, who most closely resembles the griots of yesteryear. Hailing from Western Sahara, Brahim relates the strife and challenges suffered by her people, the Sahwari, at the hands of Moroccan occupiers. She infuses her vocals with the rhythmic beating of the tabal she plays, a traditional drum of her people. Ray said of Brahim: “She lifts her hauntingly beautiful voice to chronicle the history of the Sahrawi, the decades of war, civil uprisings and life as a refugee, whether in the camps of Algeria or in the Spanish city of Barcelona, where she now resides.”

Griots like Brahim are the keepers of West African history and culture, revered so much that even a Mandingue proverb said: “May God move so griots never perish in war, on the battlefield, but every battlefield needs a griot, for without his presence the history of what happened would be forever lost.”