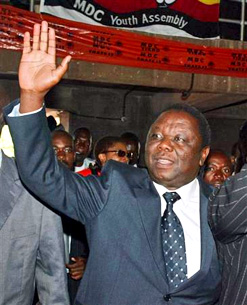 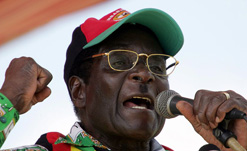 The defiant President Robert Mugabe
speaking at an election rally. 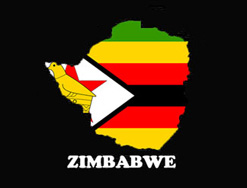 The struggle for political stability in
Zimbabwe continues.

In the wake of violence ahead of the run-off elections in Zimbabwe, African leaders have called for efforts to be made to find a solution to that country’s deepening political crisis.

The widespread condemnation of the state of affairs in Zimbabwe’s political unrest was further prompted by the unceremonious withdrawal of Morgan Tsvangirai, leader of the opposition party Movement for Democratic Change (MDC), from the presidential run-off against President Robert Mugabe.

The run-off elections, scheduled for 27 June, had to be held following a narrow–margin win by Tsvangirai in March, which failed to gain him a convincing win as Zimbabwe’s next president.

On Sunday 22 June, Tsvangirai hosted a press conference where he announced his party’s withdrawal.

He said running for presidential candidacy had proved to be pointless, as he no longer had confidence in the free and fairness of the electoral process. He accused police of carrying out ‘state sponsored’ violence against party members, “We in the MDC cannot ask [our members] to cast their vote on 27 June, when that vote could cost them their lives,”

“We have resolved that we will no longer participate in this violent, illegitimate sham of an election process.”

The MDC officially handed in a letter of withdrawal from the elections to the Zimbabwe Electoral Commission on 24 June. The commission announced that the run-off elections would still go ahead as planned, citing electoral laws which made it impossible for the elections to be postponed in the wake of the MDC’s last-minute withdrawal.

Swazi government spokesperson Percy Simelane said the troika was called amid allegations of intimidation and killings ahead of the election.

“[The leaders] elected to come together and see what they can do as far this situation is concerned,” he said.

According to a Malawi online publication Nation Online, civil right groups have also condemned the pre-election violence, which according to reports, has seen hundreds of MDC members killed by militant supporters of Mugabe and over 200, 000 others displaced.

“Zimbabweans had prepared to vote. They had wanted to choose a leader of their choice. However, what is happening in Zimbabwe frustrates whatever aspirations Zimbabweans had.”

In response to the MDC’s pull out, the government of Botswana voiced its hope that even though the MDC had opted out the two leaders – Mugabe and Tsvangirai would come together, even at this late stage, to form a united government.

Botswana’s foreign ministry released a statement urging the leaders to put the people of Zimbabwe first, “Failure to arrest and reverse the current situation of tension can only lead to Zimbabwe sliding further into deep economic and political crisis.”

Zuma added that the liberation movement values that the ANC once shared with Zanu-PF were no longer there, “We fought for the right of people to vote, we fought for democracy.”

Following his decision to withdraw the MDC from of the elections, Tsvangirai, fearing that life is in danger, took refuge at the Dutch embassy in Harare.

According to his spokesperson George Sibotshiwe, the leader received a tip that state police had intended on pouncing on him at his home, which caused him to flee. Other party officials have allegedly also gone into hiding in fear of police arrest.

Speaking to Australian media, Tsvangirai said he sought diplomatic protection as he no longer felt safe as a citizen of his own country, “This is no joke, over the last three or so weeks I’ve been arrested, I’ve been harassed, I’ve been totally treated like a criminal, when I’m the leading contender in this election,” he said.

Australia’s Foreign Minister Stephen Smith said his country would be part of international efforts increase pressure on Mugabe to allow free and fair elections. He also said that Australia was considering tightening its sanctions on the government.

Other countries around the world have also given their support to Tsvangirai’s decision to withdraw from the elections.

“A government which violates the constitution in Zimbabwe cannot be held as the legitimate representative of the Zimbabwe people.” said British foreign secretary David Milibrand, adding Britain’s voice to the chorus of condemnation of the violence in the Southern African country.

In America, Democratic presidential candidate Barack Obama has also been in touch with Tsvangirai. The democrat said he had spoken to Tsvangirai, “to share my deep concern for the way his supporters are being targeted by the regime, and to express my admiration for his efforts to ensure that the will of the Zimbabwean people is finally respected.”

“The United States and the international community must be united, clear and unequivocal: the government of Zimbabwe is illegitimate and lacks any credibility” Obama said.

Tsvangirai has also called for a military presence in the country to help bring the country back to calm. He urged the United Nations to isolate Mugabe and called for a peacekeeping force in Zimbabwe.

He said while the country did not want armed conflict, it was important for agencies like the UN who had condemned the violence to back up their stance with action, such as sending peacekeeping troops.

On the sports front, Cricket South Africa (CSA)has suspended its domestic agreement with the Zimbabwe Cricket Union. This was announced by CSA president Norman Arendse on Monday.

He said, “In the light of the worsening situation in Zimbabwe, CSA has reviewed its position in relation to Zimbabwe cricket. We have decided to suspend our bilateral agreements with the Zimbabwe Cricket Union until further notice.”

The Democratic Alliance, South Africa’s largest opposition party, welcomed the move to suspend South Africa’s agreement with the Zimbabwe Cricket Union. DA spokesperson for sport, Donald Lee, said the CSA was courageous in their decision, ” [We can] no longer hide behind the failed quiet diplomacy while Mugabe is killing our brothers and sisters,” “We must be very tough when dealing with a ruthless criminal like him.”