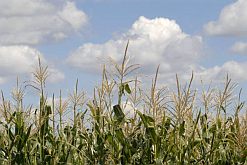 Food production in Africa rose by 3.5% in
2008, according to a new United Nations
report. (Image: Chris Kirchhoff,
MediaClubsouthafrica.com. For more
free photos, visit the image library)

A new report released by the United Nations Food and Agriculture Organisation (FAO) shows that, for the first time in many years, food production in sub-Saharan Africa is on the increase.

This emerged after a two-day forum of top experts in fields relating to food production, held in October in Rome.

The meeting was a precursor to the upcoming World Summit on Food Security, which takes place in the same city from 16 to 18 November 2009, and will see world heads of state and government gathering to discuss ways in which their countries can positively contribute to the world food situation.

The experts came together to discuss issues relating to policies and development assistance, identify priority areas for policy action, and establish ways to ensure food security in Africa, among others.

Agriculture will increasingly have to compete with urbanisation, and will also have to cope with the challenges of climate change and the preservation of biodiversity and endangered species.

Working around the theme How to Feed the World in 2050, the experts debated the policies that governments should consider implementing if they want to ensure food for all in 2050, the year that the world’s population will reach its estimated peak of just over 9-billion.

The United Nations has forecast that most of this growth will happen in developing countries, with the sub-Saharan population growing at 1.08% – the fastest rate of all, although this is a significant decline from the 1975 growth peak of around 3%. To cope with the additional population burden, food production must increase by 70% globally.

The FAO report, titled The special challenge for sub-Saharan Africa, reveals that food production in sub-Saharan Africa grew by 3.5% during 2008. This more than covers the 2% rise in the population over the corresponding period.

The FAO expressed cautious hope about the continent’s ability to feed its people in future decades.

“After decades of decline in per capita food production, a new optimism has emerged about the prospects for Africa and African agriculture,” said the report.

“Growth in agriculture and in the economy as a whole has outpaced population growth in many countries, armed conflicts have been reduced, regional and sub-regional institutions are being strengthened, and good progress has been made in developing the business environment.”

Other reasons given for the rise in production include an increased use of technology, as well as higher world food prices, a better macroeconomic environment, and improvements in many national agricultural policies.

The report mentioned the huge untapped potential of Africa’s agricultural sector, largely due to its abundant resources of land and water. Since agriculture forms the backbone of many African economies, this is good news.

But the report cautioned that this potential will not be realised without firm, concerted policy action to overcome the numerous challenges facing the continent, such as HIV and Aids, conflict, dependency on imported foodstuffs, and governance inadequacies in some countries.

New technologies often do not extend to rural areas, with the result that pesticides, fertilisers, irrigation and better quality seeds are under-used. Wider use of these tools will make life easier for farmers and boost crop yields.

The report also mentioned the increasing number of hardy crop types that are specially bred for harsh African conditions. These have given small-scale farmers the opportunity to derive a higher income through increased yields.

Such crops include the hybrid Nerica (New Rice for Africa) rice variety, which has been adopted in several West African countries as well as Uganda in the east of the continent. In Uganda, rice was not widely grown until the introduction of Nerica, and today those farmers who switched from wheat to rice are enjoying more prosperous times.

In 2008 rice production in Africa rose by 18% overall, according to the FAO, compared with the 2007 figure.

But more needs to be done – Africa is not investing enough in agricultural research and development, reported the organisation. This situation must be redressed.

Experts also recommended that underdeveloped areas in Africa be better used and made available for cultivation. The FAO report said that less than 25% of African land suitable for rain-watered crops – more than 700-million hectares – is actually used as farmland.

The report singled out the Guinea Savannah region, which, it says, has an area twice that of all wheat-planted land worldwide. The Guinea Savannah covers about 600-million hectares, of which only 10% is farmed, but successfully bringing this vast area under the crop will take a huge investment in infrastructure and technology.