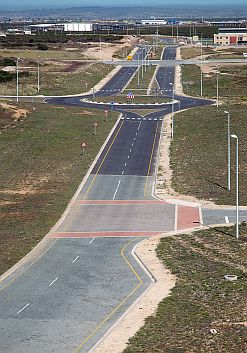 The African Development Bank (AFDB) has committed itself to developing infrastructure networks in and between Central African countries over the next five years.

This was revealed in the bank’s recently released 2011-2015 Regional Strategy for Central Africa, a developmental blueprint approved by its board of directors on 28 April.

Infrastructure development is the primary focus of the strategy. The Tunis-based AFDB is a leading finance institution on the continent, providing both grants and loans.

The region has been identified as having one of the poorest infrastructure networks on the continent, especially in the transport and energy sectors. “This impacts negatively on the region’s productive capacity, trade and social conditions. It is the least integrated region in Africa, despite its huge natural resource potential,” said the bank.

AFDB wants to help develop roads to speed up the movement of goods between targeted states. Only about 20% of the entire regional road network, which covers 150 000km, is currently tarred.

“Infrastructure development is crucial to leverage its immense potential and enhance its integration,” the organisation said.

Although the region has the potential to generate 166 gigawatts of electricity, AFDB concedes that its energy sector is the least developed in Africa. There are plans to transform the region into a bulk supplier of hydro power in forthcoming years.

Air transport in Central Africa also needs urgent attention, according to the AFDB. “It is plagued by lack of connectivity between countries due to the collapse of several airlines in the region, the obsolescence of aircraft, low competition and limited airport infrastructure.”

The bank has to facilitate funding for rehabilitation and expansion of railways as well, which it has described as “obsolete and underused”.

Major ports in Central Africa also need focus to boost maritime transport there. AFDB said the private sector, which is already involved in port management, will continue to play a key role in improving the quality of such services through enhanced public-private partnerships.

Besides using its own funds, AFDB appeals to investors like the Bank Group, World Bank, European Union, France, Germany, UK and UN to bankroll critical projects. All these agencies are major, well-established donors for development in Central Africa.

AFDB also promises to support the preservation of the Congo Basin. Although it already backs sustainable environmental management via the Congo Basin Forest Fund, it is expected to initiate further interventions to preserve the region.

Besides being home to the world’s second-largest forest and water reserve, the Congo Basin also boasts “huge, but largely untapped mining, mineral and agricultural potential”.

“Infrastructure development should factor in the preservation of the Congo Basin which is vital for humanity.”

Political instability in the region is one of the factors that AFBD fears could impede development.

Kivu in the DRC, eastern Chad and north-eastern Central African Republic are currently “hotbeds of tension and insecurity” and are a major concern in the region.

Governments in the region have set up the Central African Peace and Security Council to deal with political conflict.

“Political stability in the region is improving, but remains fragile,” states the bank.

At least six of states belonging to the Central African bloc are rich in oil, which continues to sustain the region’s economy. The GDPs of these six nations – Angola, Cameroon, Congo, Gabon, Equatorial Guinea and Chad – grew at an average of 6.2% between 1999 and 2009, while the remaining four achieved growth of 4.7%.

International economic fluctuations also pose a threat to the mineral-driven economies. “In 2009, in the wake of the international financial crisis, the region’s economic situation deteriorated sharply,” said AFDB.