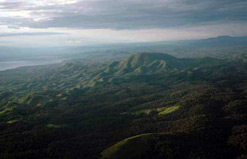 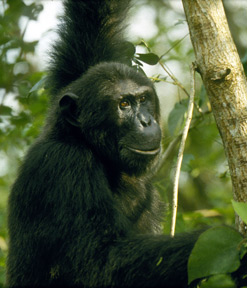 Seven countries in East and Central Africa have developed a 10-year action plan to save the eastern chimpanzee, one of humankind’s closest relatives, from hunting, habitat loss, disease and other threats.

The ambitious plan, announced on 21 June by the Wildlife Conservation Society and the International Union for Conservation of Nature and titled Eastern Chimpanzee: Status Survey and Conservation Action Plan 2010-2020,calls for the conservation of 16 core areas which, if protected, would conserve 96% of the known populations of eastern chimpanzees.

The 16 areas are distributed over the countries of Burundi, Central African Republic, Democratic Republic of the Congo, Rwanda, Sudan, Tanzania and Uganda.

“This effort to assess the status of eastern chimpanzees will help us to focus our conservation actions more effectively,” said Andrew Plumptre, director of the Wildlife Conservation Society’s Albertine Rift Program and the plan’s lead author. “In the next decade, we hope to minimise the threats to these populations and the ecological and cultural diversity they support.”

In one of the most wide-reaching efforts to assess the status and conservation threats to eastern chimpanzees, conservationists and researchers with experience from all seven range states contributed data on sightings, nests, feeding signs, and vocalizations from the past decade – more than 22 000 GPS-located data points across their range.

During a workshop in August 2009, more than 30 experts from seven countries travelled to Kampala, Uganda, to identify priorities for the conservation of the subspecies, and to develop an action plan with specific projects for their conservation. To fill in the gaps in countries currently off limits to research due to conflict, the plan authors formulated predictive models to estimate the density of chimpanzee populations in un-surveyed areas.

In the subsequent range-wide priority setting analysis, workshop participants identified 16 chimpanzee conservation units that, if successfully protected, would safeguard 96% of known chimpanzee populations, estimated to total some 50 000 individuals. The total number of eastern chimpanzees across their whole range is poorly known. The models estimate the total population to be as many as 200 000 animals, almost double that of previous estimates.

“It is clear that we know about the distribution and abundance of only a quarter of the world population of the eastern chimpanzee”, said Liz Williamson of the International Union for Conservation of Nature. “There are large areas of the Congo basin where we know very little about this ape”.

The plan also targets two of the greatest threats to the species – illegal hunting and trafficking – with a goal of reducing cutting both to half of current levels across most of the animal’s range. Other objectives include reducing the rate of forest loss in chimpanzee habitats, filling in knowledge gaps in chimpanzee distribution, status, and threats, improving the understanding of health risks to chimpanzee populations, including human-transmitted diseases, increasing community support for chimpanzee conservation, and securing sustainable financing for chimpanzee conservation units.

“The plan will require considerable support from the global community – approximately US$315 000 per chimpanzee conservation unit, or $5-million each year – but will ensure the continued survival of eastern chimpanzees in their natural habitats,” said James Deutsch of the Wildlife Conservation Society’s Africa Programme.

“The conservation of wild populations is important not only for conservation, but also for the survival of chimpanzee cultures in the region that are invaluable to helping us define our own place within the natural realm.”

The eastern chimpanzee is currently classified as “endangered” on the International Union for Conservation of Nature Red List and occurs in the Central African Republic, the Democratic Republic of Congo, Sudan, Uganda, Rwanda, Burundi, Tanzania, and Zambia.

Threats to the subspecies include hunting for bushmeat, the capture of infant chimpanzees for the pet trade, the loss and fragmentation of habitat due to agriculture, mining, and other forms of human development, and disease. Chimpanzees share an estimated 98% of their genes with humans. They occur in a variety of forested and forest-edge ecosystems and have been known to use tools to gather termites, crack open nuts, and other activities.

Eastern chimpanzees are among the best studied of the great apes, due in large part to the work of researchers such as Jane Goodall, who started her fieldwork in Gombe Stream National Park in western Tanzania 50 years ago. The development of the Action Plan was funded by Wildlife Conservation Society with the support of the Arcus Foundation and the Daniel K Thorne Foundation.