The 2016 World Economic Forum on Africa, taking place in Kigali, Rwanda, from 11 to 13 May, will bring together business, government and civil society leaders to discuss and agree on important issues facing the future of the continent, and the world.

It aims to find ways to help the new digital economy drive radical structural transformation, strengthen public-private partnerships working on important challenges, and decide on actions to create shared prosperity across the continent.

Adesina is a member of the MDG Advocacy Group, which works to boost support for the UN Millennium Development Goals. He is the immediate past president of the African Association of Agricultural Economists and a board member for the International Association of Agricultural Economists. He is also an author, and the recipient of the 2010 Borlaug CAST Communications Award.

Former South African and Mozambican first lady Graca Machel is a renowned global advocate for the rights of women and children. A social and political activist for many decades, she serves in various capacities in several organisations. One of these is the Elders, a group of independent global leaders working together for peace and human rights, brought together in 2007 by her husband, Nelson Mandela.

Machel also contributes to the Africa Progress Panel and, like Adesina, the MDG Advocates Panel. She has been named an eminent person in the GAVI Alliance, and works on the UN Foundation’s High-Level Panel on the Post-2015 Development Agenda. Machel chairs the board of the African Centre for the Constructive Resolution of Disputes, and is chancellor of the University of Cape Town.

An author of more than 80 articles and two books, Dominic Barton has worked at worldwide management consulting firm McKinsey & Company for 29 years. Before his appointment as global managing director he led the Korea office, and was chairman for the Asia region.

Barton is an adjunct professor at Tsinghua University in Beijing, a Rhodes Trustee and an honorary fellow of Brasenose College, Oxford. He is a member of a number of boards and committees, including the Canadian Prime Minister’s Advisory Committee on Public Service, the International Advisory Council for the Singapore Economic Development Board, and the China Development Bank’s Capital Group advisory board. He is an active participant in international forums including WEF Davos, the St Petersburg International Economic Forum and Asia Business Council.

Chief Executive Officer and Vice-Chairman of the Board, Agility

Tarek Sultan Al Essa has a BA in economics from Williams College and an MBA in finance from the University of Pennsylvania. He has served as the managing director of New York Associates, a Middle Eastern investment banking services provider, and as an associate at Southport Partners, a US-based corporate finance advisory firm specialising in technology. He has also worked on the Singapore Economic Development Board’s International Advisory Council, and on the executive board, EMEA, Wharton School.

Tony O Elumelu is a serial entrepreneur and a philanthropist. Born, raised and educated in Nigeria, Elumelu has been responsible for creating businesses across Africa, in sectors critical to the continent’s economic development.

In 2010, he founded Heirs Holdings, an African investment holding company, with investments in financial services, power generation, oil and gas, agribusiness, real estate and hospitality. In the same year, he established the Tony Elumelu Foundation, an Africa-based and African-funded philanthropic organisation, dedicated to catalysing entrepreneurship across the region.

Elumelu is chairman and founder of UBA Group Plc, one of the largest banks in Nigeria and a regional partner of the World Economic Forum. In addition, he chairs Transcorp Plc, Nigeria’s largest listed conglomerate. He is a member of the board of USAID’s Private Capital Group and of the National Competitiveness Council of Nigeria. Hi co-chairs the Aspen Institute Dialogue Series on Global Food Security, and serves on the Global Advisory Council of the Wilson International Centre for Scholars. 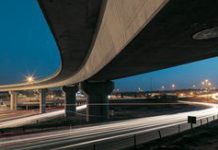 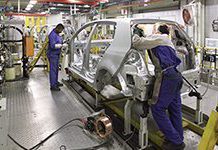 Products ‘Made in Africa’ on the rise