Home Investment & Immigration Africa Gateway Online business aims to train South Africans
Share on Facebook
Tweet on Twitter
Melissa Javan
When Riaz Moola founded Hyperion Development, his aim was to tackle the challenges computer science students face in South Africa. He targeted youth from impoverished communities who were facing the possibility of unemployment or a life of low skilled and low paying work.
Today, 15 of those young people are employees and over 100 are mentors. They tutor other youth online in computer programming and software development, among other IT skills. While most of his staff is based in South Africa – Durban, Cape Town and Johannesburg – Hyperion has trainers as far afield as Kenya.

Using existing platforms, students access online courses using mobile or personal computers. But Moola sees opportunities to grow as digital connectivity grows across Africa. Hyperion has raised R5.6-million in grant funding from Google, Facebook and The Python Software Foundation. “We have engineers locally who are getting training from Facebook staff. They will then help create an app to make it easier for people to download and view files.”

This graphic show the percentages of people who made use of Hyperion’s courses as students. (Image: Hyperion Development)

What is Hyperion Development?

“No skill can more rapidly empower individuals to gain access to well-paying careers, yet no skill is as hard to learn in the third world,” the Hyperion corporate site explains.This social enterprise has taken on the mission of giving computer science education and software development skills to youth in the developing world. As the site goes on to explain, “We believe this education is uniquely empowering.”Hyperion’s business model is simple. Students who can afford it get personal one-on-one tutoring from Hyperion staff. Those profits then subsidise the free online courses that are offered to people from less fortunate backgrounds. Or, as the site explains, “By charging only 15% of our students, we can provide free education to the remaining 85%, generating a sustainable social impact.”Moola explains that only the best performing disadvantaged students are chosen to receive free education from the social enterprise arm of Hyperion.

A user to the site is welcomed by a virtual trainer, providing guidance on the courses available. Hyperion allows students to go from “Intro to Programming” to expertise in programming languages as diverse as Python, Java, C# and C++. To date 8 000 students have immersed themselves in courses covering software engineering, web development, and data science.As a student at the University of KwaZulu-Natal, Moola found that fellow students who had never used a computer before were failing or dropping out. These students had to become proficient coders despite this handicap.In 2011 Moola left South Africa to study Machine Learning and Artificial Intelligence at the University of Edinburgh in Scotland. He travelled because his course of study was not offered to undergraduates in South Africa. From this grew a desire to provide South African students with the opportunities available to their European counterparts and led to the founding of Hyperion. 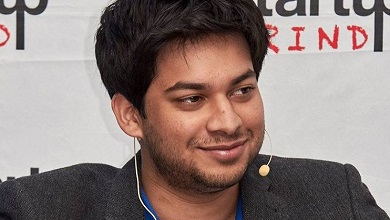 Riaz Moola grew up in Durban but is currently living in the United Kingdom. Moola and his team make it possible for people, especially in Africa, to study online courses relating to computer science and software development. (Image: Hyperion, Facebook)

How the online courses work

Moola said he is aware a lot of people might not have access to data. “Our free courses are designed so that you don’t have to download a lot. The files are small – it’s about 5 megabytes for the most.”He added that most of their trainers are based in South Africa. “It’s the cheapest to get them in South Africa. We can then pay them well. We are exporting education from South Africa to Europe via our online courses.”Moola explained to the Cambridge University site that the foundation for Hyperion’s online course platform is the simple idea of using Dropbox to link students and tutors. “It allows them to exchange text and programming code files without high data costs or reliable internet connectivity.””The tutor base was sustained and grown through models borrowed from online communities popularised through massive multiplayer online games such as World of Warcraft.”I thought if I could link Dropbox and the material I had learned at Edinburgh to a community that scales in the same way they do in these online games, we could build an unusual but effective way of tackling an endemic educational problem in the field.”

Other benefits to the South African economy

The online news platform, SciTech News, reported that the departments of education of KwaZulu-Natal and the Western Cape had asked Hyperion in 2013 to train their Information Technology (IT) teachers.”We ran several workshops for them, funded by Oracle, and trained half of all the IT teachers in the country,” said Moola.Funding from the Python Software Foundation in 2014 allowed Hyperion to train staff of the Council for Scientific and Industrial Research in Python programming. He added: “We have close ties with the Google Africa team and are working to help Google run recruiting events in South Africa, and deliver their training through our online course platform.””This business (Hyperion) is bringing money into the South African economy. We have been approached by international investors.”

According to the Hyperion site, their awards include: 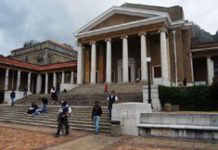