Bernice Dapaah is the chief executive of the Ghana Bamboo Bikes Initiative (GBBI), a project that farms bamboo plantations in her hometown of Kumasi, southern Ghana, to manufacture cost-effective, robust and environmentally friendly bicycles.

Dapaah began the company in 2008 and manufactures bicycles for farm workers and schoolchildren. The company also exports more than 1,000 units to Europe and North America.

Along the way, she is helping to empower Ghanaian youth by creating employment opportunities in farming bamboo and manufacturing the end product. The company currently employs 40 young people to construct its flagship product, the Eco Ride, a bicycle consisting of 75% bamboo.

The Eco Ride is not only affordable to most Ghanaians, but Dapaah hopes that as bicycles become more popular, they will boost rural transport and help to cut the country’s carbon pollution. The company’s small-scale farming initiative also makes sure that 10 bamboos are planted to replace each one used for manufacture.

According to Dapaah, the strength of bamboo, a grass that is five times stronger than steel, as well as its pliability, mean the bike can be made easily and that it is robust enough for all road conditions.

The Eco Ride is used by farm workers for their daily commute to work, and is especially useful for children to get to school. The company donates a number of bicycles to schools in the Kumasi area.

The bikes are also used to deliver medical supplies to hospitals and rural clinics.

The company’s trademark was officially launched in Accra, Ghana’s capital, in September. At the launch, Dapaah – with the help of former president JA Kufuor – asked the government to enact by-laws to help create a culture where those “who prefer to use these bicycles can ride them safely everywhere”.

“Such by-laws will help promote the use of bicycles in our communities,” Kufuor said, “and also encourage those who sit in the comfort of four-wheel drives to exercise our muscles.”

Kufuor, who is the UN Special Envoy for Climate Change, congratulated Dapaah on the success of her company and her efforts to transform rural transport.
“Dapaah has shown initiative, innovation and leadership to transform our society. She is doing this not for the high end of the market but for a product that is affordable to our society, whether rich or poor,” he said.

“The raw materials (have been here for thousands of years) and her persistence and perseverance have found a meaningful way to use it commercially and for the good of the people of Ghana.”

As demand for the Eco Ride in Ghana and abroad increases, the company is expanding its bike manufacturing operations with the help of the country’s Newmont Development Foundation. It will open another factory at Ntotroso in Brong Ahafo in 2017. Dapaah also hopes to diversify into other bamboo products, including handicrafts and fuel/bio-energy generation.

Together with American non-governmental organisation the African Bicycle Contribution Foundation, GBBI hopes to increase the number of bicycles for rural schoolchildren in Ghana and the rest of West Africa.

“My favourite part of (this company),” Dapaah says, “is when I go to the workshop to see the youths and know they are able to earn a living. I feel so happy when I see we have been able to create a bit of laughter for them.” 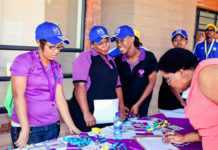 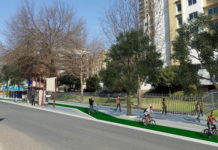 Sandton goes car-free for a month 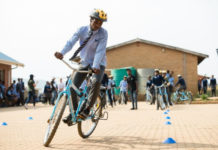