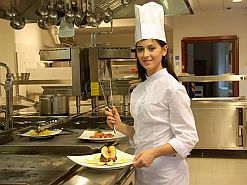 Young people from disadvantaged rural communities in the North West province, including graduates who are unemployed, will be placed in internship programmes in the hospitality and tourism sector in several countries around the world.
(Image: Hospitality Solutions) 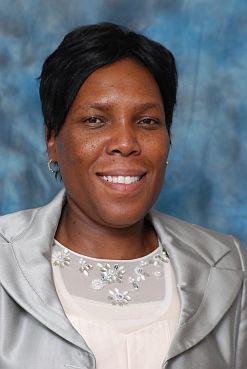 MEC for Economic Development, Environment, Conservation and Tourism, Motlalepula Rosho, said that the development of human capital through the programme is going to benefit public owned tourism assets like game lodges, and will also position South Africa to be in the top 20 tourism destination markets.
(Image: North West Provincial Gorvenment)

A leading NGO has come up with a plan that looks beyond South Africa’s borders for opportunities to help curb youth unemployment. The Ubuntu International Job Placement Programme was launched in Mahikeng, North West province, on 22 June 2012.

Young people from disadvantaged rural communities in the province, including graduates who are unemployed, will be placed in internship programmes in the hospitality and tourism sector in several countries around the world. This is being made possible by the Ubuntu Institute.

The institute is a social enterprise with non- and for-profit divisions within its structures. It was founded in the US in 2005 by Prince Cedza Dlamini, a member of the Swazi royal family who became a Millennium Development Goals (MDGs) spokesperson after completing his degree in international relations at Tufts University in Boston, Massachusetts.

How the programme works

“This is a unique programme facilitating international jobs and graduate skills development programmes in the US, Canada, Europe and Asia,” said MEC for Economic Development, Environment, Conservation and Tourism, Motlalepula Rosho, who delivered the keynote address on behalf of Premier Thandi Modise.

“The development of human capital through the programme is going to benefit public owned tourism assets like game lodges, and will also position South Africa to be in the top 20 tourism destination markets,” said Dlamini.

Part of the mandate of the DBSA is to invite innovative ideas for job creation from organisations across South Africa, be they in the public, private or NGO sectors.

The programme also aims to assist government’s target of providing five-million jobs by facilitating workplace job placement for candidates when they return to the country at the end of their international exposure programme.

Economic Development Minister Ebrahim Patel released the New Growth Path in 2010 which set job creation as a country priority, aimed at reducing unemployment by 10% by 2020 and creating at least five-million jobs.

“The success and sustainability of the programme depend largely on the ability of government owned entities like Dirapeng Investment Holding and Mafikeng Hotel School to ensure that young people who participate in it are fully employed when they complete the placement training,” said Rosho.

Responsible tourism is an approach to tourism management aimed at maximising the economic, social and environmental benefits while minimising the costs to destinations.

Xasa said at the event that South African tourism will continue to grow and play a key role in the country’s economy through a stronger focus on emerging markets and responsible tourism. She also said sector strategy is aimed at making South Africa one of the top 20 destinations in the world by 2020.

“The youth employment problem in South Africa has created a renewed sense of urgency for action, and developing opportunities in tourism could be one of the solutions,” said Xasa.