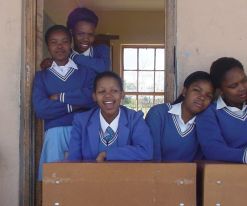 Teen pregnancy numbers have decreased. But the figure is still too high. 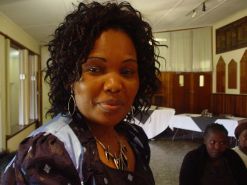 The safe sex message may be getting across to teens, and there has been a decrease – although slight – in teen pregnancy numbers. But the figure is still too high.

The rate dropped from 5% to 4.9% between girls aged 13 to 19 between 2010 and 2012, according to the General Household Survey 2012 from Statistics South Africa. There are a number of initiatives behind this drop, such as Lovelife, South Africa’s largest national Aids prevention, education and behaviour campaign for young people. One of its methods is the Born Free dialogues, at which parents and their children are encouraged to speak openly about sex.

Thabang Chabalala, a groundbreaker or Lovelife peer motivator, points out that teenage pregnancy is the biggest challenge to young people in South Africa. One of the reasons for the high number of pregnant teens, he argues, is that parents do not talk to their children about sex.

Lovelife works to empower parents and the youth to shape their behaviour. Pregnancy and becoming a parent is a life-changing event, and dialogues about sex are ways of teaching teens about the consequences of having unprotected sex, as well as about the responsibilities that come with parenthood. Lovelife was founded in 1999 with the hope of alleviating HIV/Aids, sexually transmitted infections, and teen pregnancies.

To raise public awareness about teenage pregnancy, a global problem, World Population Day this year had a special focus on the topic. The day is an annual event, held on 11 July to focus on global population issues. According to the United Nations Population Fund (UNFPA), teenage pregnancy is not just a health issue; it is also a development issue. Dedicating time and attention to education, health and the well-being of young girls will ensure a positive change in the future.

In South Africa, World Population Day was observed at North West University, where Deputy Minister of Social Development Bongi Maria Ntuli said: “We are going to make recommendations on interventions and present them before Cabinet to reduce the levels of adolescent pregnancies in South Africa.”

Another initiative, Department of Social Responsibility (DSR) in Kei Road, Eastern Cape, runs a number of programmes for social and economic upliftment in the depressed province. Affiliated to the Anglican Church, it deals with direct community development and supports other churches and NGOs that do similar work. One of its programmes, Teenage Tatas, works with young men who are fathers or are about to become fathers – tata is the Xhosa word for “father”. On the programme, young men are taught how to become young yet decent and admirable fathers.

Support groups are formed through Teenage Tatas, at which these young teenage fathers are able to share their experiences, trials and tribulations, as well as solutions. They are also given advice on parenting. Judy Silwana, the women’s empowerment co-ordinator at DSR, says a number of these young fathers are rejected by the families of the women they have impregnated because of the custom of intlawulo. Intlawulo is a sum of money that must be paid to the family of a woman who becomes pregnant out of wedlock. The money is paid by the father of the child.

Because of such cultural beliefs, these young men are often side-lined. Counselling is needed to build efficient and sustainable relationships between the families. Those who sign up for the programme are generally young men who want to be responsible fathers and active in the lives of their children.

At the workshops and programmes, the young men have the opportunity to share their feelings, goals and dreams. “We go to these workshops to try to find remedies that can be used to keep peace between families as a way of benefitting everyone, including the babies to come,” said Judy.

The problem of teen pregnancy, though, is bigger than simply the parents and the child. The world’s population is skyrocketing, already estimated at 7.1 billion people, which is simply too many for the planet to sustain. In South Africa, the statistics are alarming: on average, two to three girls fall pregnant in a typical school with 1 200 to 1 400 pupils, and one in three young women has a baby by the age of 20, according to the Health Systems Trust, an organisation that supports the transformation of the health system in a democratic South Africa.

According to the Mail and Guardian weekly newspaper, 40% of all pregnancies in the country are girls younger than the age of 19. It cites reasons for this ranging from unavailable contraceptives, to lack of sex education at school and home. Teenage pregnancies are also associated with a number of other factors, namely socio-economic issues, rape as well as the sugar daddy phenomenon, in which younger women or girls date older men for financial benefits. According to City Press, a weekly newspaper, the sugar daddy phenomenon is one of the leading reasons for the high teenage pregnancy rates specifically in KwaZulu-Natal.

Peer pressure also plays a major role, as sex is often seen as something that the cool kids do. But it is not the only problem. Factors Associated with Teenage Pregnancy, a study conducted by the Limpopo provincial government, found that family pressure was a major contributing factor to teenage pregnancies, with 16.3% of teens saying that they experienced pressure from family to fall pregnant. South Africa also has high levels of poverty and unemployment, and teen mothers often bear the brunt of this and are unable to fend for their young.

Teen pregnancies are also prevalent in fellow Brics member India, where there is a population of 300 million people below the age of 25. In West Bengal state, 14% of births are to teenage girls between the ages of 15 and 19, says the family planning division of the Union Health Ministry. However, there are also a high number of girls who are married before they turn 18.

In South Africa, people under the age of 18 are considered minors and have limited rights when it comes to decision making. However, under the Children’s Act of 2005, minors are able to make some decisions without the permission of their legal guardians. From the age of 12, they may get access to contraceptives and no person may refuse to sell them condoms.

Contraceptives are freely available for all people over the age of 12 at clinics and hospitals. Abortion was legalised in in 1996 under the Choice on Termination of Pregnancy Act of 1996. Terminations are performed for free at government hospitals and clinics in the first three months of pregnancy. If a woman or girl is between 13 and 20 weeks pregnant, an abortion may only be performed under specific circumstances: “If a medical practitioner, after consultation with the pregnant woman, is of the opinion that (i) the continued pregnancy would pose a risk of injury to the woman’s physical or mental health; or (ii) there exists a substantial risk that the foetus would suffer from a severe physical or mental abnormality; or (iii) the pregnancy resulted from rape or incest; or (iv) the continued pregnancy would significantly affect the social or economic circumstances of the woman.”

After the 20th week, a termination is only legally permitted if a medical practitioner, after consultation with another medical practitioner or a registered midwife, is of the opinion that the continued pregnancy (i) would endanger the woman’s life; or (ii) would result in a severe malformation of the foetus; or (iii) would pose a risk of injury to the foetus.