Since July 2008 to date Teach Children to Save South Africa, through 15 banks and 28 financial sector institutions, has empowered more than 350 000 grade four to seven pupils in over 1 500 schools.
(Image: Flickr) 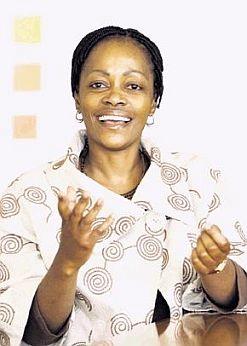 Fikile Kuhlase of Basa said that the rationale of the programme is that the earlier children learn about the importance of saving and spending money wisely, the better the chances that this culture will be engrained in them.
(Image: The Banking Association South Africa)

The need for a culture of saving has been reiterated countless times by financial institutions. How better to get one going than to instil it in young people who will benefit from the habit in their adult years?

This is where the Teach Children to Save South Africa (TCTS SA) programme comes in. This year the initiative is celebrating five years of grooming youngsters to be savvy savers.

Set up by the Banking Association South Africa (Basa), which partnered with the national Department of Education, the programme focuses mainly on primary school pupils under the age of 13 years.

Basa represents local and international banks registered in South Africa, and currently has 34 members. Its fundamental mission is to provide banking services to as many South Africans as possible in the interest of developing growth in the country’s socio-economic sector.

“Financial literacy is among the strategic objectives of the association,” said Fikile Kuhlase, senior GM of socio-economic growth and development at Basa.

How the programme works

This year’s edition of the programme will be rolled out nationally from 16 to 27 July, with the main event taking place on the 18th at the Booi Primary School in Port Elizabeth’s Zwide township.

During the week of the campaign, pupils will participate in lessons and activities designed to create an understanding of crucial tools like budgets and savings plans.

They will also be taught how to differentiate between needs and wants, track their daily expenses and learn how to make saving an integral part of their lives.

“The lessons are delivered by volunteer bankers and financial sector professionals who have willingly traded the boardroom for the classroom to instil lifelong sound habits of saving,” said Kuhlase.

Since July 2008 to date the programme, through 15 banks and 28 financial sector institutions, has empowered more than 350 000 grade four to seven pupils in over 1 500 schools.

“The rationale is that the earlier children learn about the importance of saving and spending money wisely, the better the chances that this culture will be engrained in them,” said Kuhlase.

Interested schools have to register with the South African Savings Institute (Sasi) to become part of the programme.

Well-known television and radio personality Minnie Dlamini (22) has been appointed as the programme’s ambassador.

“Minnie epitomises the type of behaviour we hope to instil with this programme,” said Kuhlase.

“Not only is she financially savvy, but she is astute as well, and because of this, she is now financially independent.”

Besides appearing in broadcaster M-Net’s popular television series The Wild, Dlamini is also the face of international hair-care brand Motions and presents a music programme on national radio station Metrofm.

Financial literacy is critical in improving South Africa’s saving rate. According to Basa, 70% of South African adults do not save.

In contrast, consumers from developing countries such as China are saving more, with the Asian country boasting the highest rate in the world with 52% of national GDP.

While the poor savings culture impacts individual households, it also affects the inclusive growth of the country’s economy, says Sasi, which celebrates national savings month every year in July.

“The current domestic economic situation with slow growth and inflation at the top of its band has exposed South Africans’ vulnerabilities in terms of their income, expenditure, savings and debt,” said Sasi chairperson Prem Govender, at the launch of the campaign earlier in July.

She said South Africans needed to take charge of their lives by saving.

“Many South Africans still count on the state or their neighbours to bail them out of financial woes,” said Govender.