Surfing is used by the three main
characters of Otelo Burning as a
way to escape the violence in their
township of Lamontville in KwaZulu-Natal.

Jafta Mamabolo (right), who plays
Otelo and Thomas Gumede (left),
as New Year, walk through their township
with their surfboards. These scenes with
tyres burning and police Casspir vehicles
patrolling are reminiscent of most
townships around the turn of apartheid. 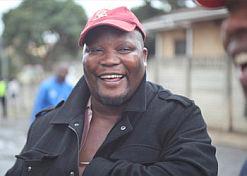 Out of South Africa’s 45 nominations in total, the acclaimed How To Steal 2 Million won the top prize, that of best film.

Azania Muendane of the National Film and Video Foundation said: “The NFVF congratulates all South African winners at the AMA Awards. The country won awards in most of the highly contested categories, demonstrating the outstanding quality of our local productions.”

South Africa’s latest offering to the movie world, Otelo Burning, is riding on the wave of the 2012 Africa Movie Academy Awards (AMAA) after being announced as the most nominated film at the awards.

With 13 nominations to its name, the film is followed closely by another South African entrant, How to Steal 2 Million with 11 nominations. Otelo Burning goes on circuit on 11 May 2012.

Set in apartheid South Africa – 1988 to be precise – Otelo tells the story of three young black boys from Lamontville Township in Durban who venture to escape harsh township living and its backdrop of political violence, to experience the joy of surfing.

The film is in isiZulu with English subtitles. It has already won two awards: the Golden Owl for Best Movie by the audience at the CineramaBC International Film Festival held in Brazil, and Best South African Feature Film award at the fifth Cape Winelands Film Festival.

“The cast is mostly made up of young up-and-coming actors, some of whom have come through our workshop process and who are integrally involved in the real world of the story,” said director Sara Blecher.

“It’s particularly exciting to win an audience award in a country like Brazil, which has so many similarities to ours.”

The title role of 16-year-old Otelo is played by Jafta Mamabolo, who is currently one of the main actors in acclaimed South African soap opera Generations and has been acting for several years.

Xaba is an eThekwini Municipality lifeguard, which makes Otelo Burning – to an extent – a reflection of his own real-life experiences.

Tshepang Mohlomi, the youngest cast member, portrayed the street urchin Chili-Bite in Izulu Lami/My Secret Sky, a role for which he received the best supporting actor prize at the 2010 Saftas, and the award for best child actor at the 2011 AMAA.

As the story tells it, Mandla’s mother introduces the boys to surfing, as she works for a white family.

The youngsters find solace in the water sport as their township is gripped with violence from the Inkatha Freedom Party hostel dwellers’ war with the United Democratic Front. The two political parties fought for political advantage of that area towards the end of the apartheid era.

As Otelo starts to excel in the sport and gains recognition because of his talent, Mandla starts being jealous of his fame. As if that’s not enough, Dezi, New Year’s younger sister, falls in love with Otelo, much to the annoyance of Mandla, who has had his eye on her.

Mandla’s resentment towards Otelo leads him to betray his friend. The temptation of money for a new surfboard proves too much, and he reveals Otelo’s younger brother Ntwe as a spy for the apartheid security police.

When Otelo finds out he has to make a choice between the money, glamour, girls and superstardom of international surfing, and justice for Ntwe. He makes the choice when Nelson Mandela steps out of prison for the first time after 27 years behind bars.

The AMAA ceremony takes place on 22 April 2012 in Lagos, Nigeria and is sponsored by leading telecommunications services provider, Airtel Nigeria.

AMAA CEO Peace Anyiam-Osigwe said: “Our partnership with Airtel is a brand alignment that actually works for us. AMAA is an African award that seeks to celebrate the achievements of Africans in the film industry. We must celebrate our own.

“The best thing that can happen to the players in the industry is to be recognised. Airtel connects Africa with her wide spread presence just like we do, and this is a key passion point for Africans.”

The AMAA programme is a platform that projects the African film industry to Africa and the rest of the world. It’s also a celebration of artistry honouring excellence in African filmmaking and cinema.

The movie also has a mixtape/soundtrack that has been available for free download since the beginning of April.

Produced by Tumi Molekane of Tumi and the Volume fame, the mixtape has songs from local artists such as Zaki Ibrahim, Reason, The Fridge and Samthing Soweto, as well as Molekane himself.

Molekane said: “It’s a mixed, non-linear audio narrative of the ideas that live in the movie. Dialogue from the movie is weaved throughout the soundtrack into one continuous musical flow.

“It works brilliantly for a soundtrack of this nature because it’s a super cool compilation of songs that also does the job of translating a skilfully woven story into something that we can consume as listeners.”

The mixtape can be downloaded from the movie’s website.