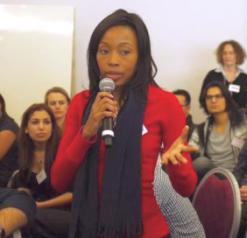 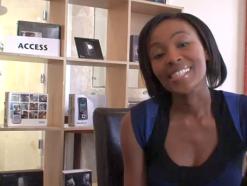 South African ICT entrepreneur and businesswoman Rapelang Rabana was a member of the first-ever delegation of young global shapers to the recently concluded World Economic Forum (WEF) in Davos, Switzerland.

The annual gathering took place from 25 to 29 January under the theme The Great Transformation: Shaping New Models.

Global shapers are between the ages of 20 and 30 and are considered by WEF as having the potential to be leaders in all sectors of the global society.

The 70-strong group included 20 young CEOs, a nanotechnology professor, a 24-year-old mayor from the Philippines and a bio-engineer who created a cardiac surgery simulator now used worldwide.

The WEF website notes that with half of the world’s population under the age of 27, it is vital that young voices are heard at the annual meeting.

WEF founder Klaus Schwab refers to his group of global shapers as “digital natives” who have grown up with the internet. The shapers were able to engage with world leaders during the annual meeting, and to give their perspectives on global problems such as unemployment among young people.

Rabana, now 27, is no stranger to news headlines, having left her mark at a young age in the hugely competitive telecommunications field dominated largely by the huge conglomerates.

In 2008 she was one of 200 young South Africans identified by the Mail & Guardian in their annual list of people with whom one should have lunch. The list, compiled by the weekly newspaper, showcases the country’s young trendsetters and trailblazers in their respective fields.

Soft-spoken and eloquent, this University of Cape Town (UCT) business science graduate shared her vision on the WEF’s global shaper channel on YouTube. She said it is all about “access” – to opportunities, education, knowledge, ideas or other people – in order to secure a better future.

She added: “I want to continue to find ways to deliver life-changing services. I see access to Davos as an opportunity to extend the reach and potential of my greatest aspirations.”

And helping people to have easier access to communications is exactly what Rabana set out to do when she started Yeigo Communications back in 2007 with two fellow UCT graduates.

Yeigo was South Africa’s first mobile voice over internet protocol (Voip) company, and offered a software platform for voice calls made via mobile data networks. This was compatible with a wide range of mobile phones, and could be done at a fraction of the cost of conventional voice call networks.

Yeigo’s business model worked on the same lines as Skype, another popular Voip application, and soon caught the attention of overseas investors.

Just one year after starting to offer their services, Yeigo made a major global breakthrough with the multi-million sale of a stake in the company to US-based Quality One Wireless.

Now heading up the Global Research and Development division at Swiss-based telecommunications company Telfree, with which Yeigo has partnered, Rabana’s dream is to continue doing what she does so well – making links and connecting ideas on a greater scale so that all South Africans can have some chance at changing their lives through mobile access.

“Mobile broadband takes access to a new level,” she said. “These are engaging and exposing people to another world out there. The ways to make an impact are endless.”

In this role she encourages young South Africans in the fields of electronic technology to take part in the initiative and in so doing, receive recognition for their efforts. Getting recognition through WSYA, while it holds no monetary value, is a sure way to attract likeminded people.

The competition selects the best digital projects, products, applications and services by young people. Projects are chosen for efforts in reducing poverty and hunger, tackling ill-health, gender inequality, lack of education, lack of access to clean water and environmental collapse – all issues which tap into the UN’s millennium development goals.

The award is promoted throughout the 160 UN member states to encourage young people to use their knowledge of the internet and mobile technology to create ways to put the development goals into action.