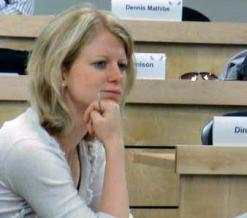 Stacey Brewer is adopting America’s
charter school model for the new
private schools she is establishing. 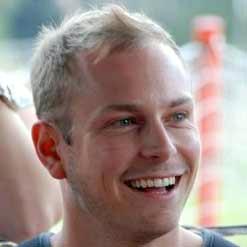 Ryan Harrison is co-founder of EAdvance
as well as director of technology.
(Images: EAdvance)

Private schooling in South Africa has always been expensive and therefore inaccessible to the majority of the population.

However, two MBA graduates from the Gordon Institute of Business Science (GIBS) at the University of Pretoria have come up with an innovative way of providing quality private education to pupils from lower and middle income households.

Stacey Brewer and Ryan Harrison have established EAdvance, a chain of schools that will look to combine traditional face-to-face teaching with technology in the classroom, while cutting operational costs in the process.

A pilot school is expected to open in Johannesburg’s Cosmo City in 2013, which will allow 256 pupils from grades R to two to benefit from high quality education at reduced fees. At full capacity and at an estimated construction cost of R4.9-million (US$584 830), the eight-classroom school will accommodate up to 768 children.

While doing her MBA thesis on sustainable financial models for low fee private schools in South Africa, Brewer, who is also the CEO, came up with the model that is now EAdvance.

She believes that as a young South African who wants to live in the country for the rest of her life, she needs to use her knowledge to tackle the poor state of education.

“It’s a simple case of not waiting for others to take action,” she said. “If we do not do it, who will?”

It was during her research that she discovered that private schooling was either too expensive or the quality left room for improvement. In search of an answer, she spent time in India and the US exploring different education models.

It was in the US that Brewer identified the blended learning model of the charter schools, which combines the use of technology with teaching.

Adopting the US charter school system

Charter schools are publicly funded and privately run institutions. According to Brewer, they are known to be innovative in that they integrate technology in the classroom instead of merely adding it on, like South African schools tend to do.

She added that the schools accelerate the learning process and allow for individualised learning.

A typical pupil in this school may spend 75% of the day in a traditional classroom followed by a further 25% in computer aided learning.

Cutting out the middle man

Before establishing EAdvance, Brewer worked as a project manager at the Fifa headquarters during both the 2009 Confederations Cup and the 2010 Football World Cup. It was her thesis, however, that compelled her to shift her focus to improving education in South Africa.

She believes that in order to live in a prosperous country, South Africans need to improve the quality of education for children from low income communities. This will subsequently transform the low esteem the country has of its education system.

Asked how EAdvance would tackle the affordability aspect, Brewer said the integrated technology will mean that one less teacher and classroom per grade is needed.

“We also have light administration at a schooling level and the way the company is structured allows for heavy cost burdens to be taken away from the school level.”

According to Brewer, the model has taken out middle management so that there would only be a principal, an assistant principal, an academic dean and teachers.

In an interview with radio personality Bruce Whitfield on the GIBS website, Brewer said that the model is simple, and cuts the management of the school to its bare minimum.

“A big focus is on parent involvement where we highly encourage parents to come 30 hours a year and take the administration away from the teachers in terms of tasks such as photocopying and just checking that homework is done,” said Brewer.

Teach South Africa (Teach SA), an initiative that recruits and trains recent university graduates to teach in some of the country’s most disadvantaged schools, will also play a part in the growth of EAdvance.

Brewer said the school will go through Teach SA to ensure that their schools have a strong pool of teachers.

At the same time, constant professional development and coaching will ensure that teachers are uplifted and motivated.

Part of the plan is to bring teachers from the US to help set up the institution and instil their culture of teaching as well.

The point of EAdvance is not to change the curriculum, explained Brewer, and pupils would receive the same education as those attending schools within the traditional system. The difference is their innovative use of technology in the classroom.

“We have just put the exercise book online to allow for individualised learning to accelerate the learning process for the pupil,” she said.

Each class will have as many as 32 pupils and the institution will charge school fees of R1 000 ($120) per month for all grades, which translates into R12 000 ($1 440) annually. This is to make the school self-sufficient with no donations or government subsidies needed.

Brewer would like to establish a high school for EAdvance at a later stage, but is, for now, focusing on creating a strong foundation level that works.

“High schools will be launched once the need arises for the pupils within our system,” she said.

Besides the Cosmo City project, EAdvance is planning to open more schools in Johannesburg. This, Brewer said, allows teachers within the same region to more easily collaborate with each other.

However, she is looking to add a further 63 schools throughout the country and to educate as many as 49 000 students through the project.

Learning based on individual needs

EAdvance has designed an online program that provides students with a learning experience based on their individual needs.

As the company’s director of technology, Harrison said that the tools will be used to gather data which can be used to individualise the student’s learning. Before joining EAdvance, he was a business information analyst at the British Columbia Transmission Corporation in Canada.

Brewer is of the opinion that all teachers must do is teach without having to be divert their attention from the their pupils to unnecessary admin tasks.

“It is all about maximising the utilisation of our resources,” she said.

EAdvance already has the support of former deputy president Phumzile Mlambo-Ngcuka. The feedback from the government so far has been positive, as both sides believe in sharing the best practices for the benefit of pupils.

“We do not want to keep anything to ourselves. It is about the upliftment of all the schools,” Brewer said.