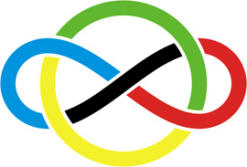 For the first time in its 55-year-old-history, the International Mathematical Olympiad will take place on African soil.
(Image: IMO) 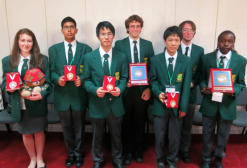 World-class high-school maths is coming to Africa, with South Africa chosen to host the prestigious International Mathematical Olympiad (IMO) in 2014 – the first time this 55-year-old competition, the oldest of all science olympiads, will be held on African soil.

Open to top maths students from over 100 countries representing more than 90% of the global population, the 55th IMO will be held over 10 days from 3 to 13 July 2013 at the University of Cape Town.

The IMO takes place in a different country in July every year. The first was in Romania in 1959, with just seven countries taking part. It is the oldest, biggest and most respected of all international science olympiads.

The 2014 event is being organised by the South African Mathematics Foundation (SAMF), with major sponsorship from search engine giant Google, and the Department of Basic Education.

“Society needs more quality maths passes,” says Johann Engelbrecht, executive director of SAMF. “We need architects, accountants, computer scientists, engineers, statisticians and teachers with a strong mathematical background, including numerical, spatial and logical skills. We need to offer pupils opportunities to expand their mathematical horizons and to urge them on to high achievement.

“While there is widespread concern about the high failure rate and generally low marks of most of those who passed, not enough attention has been paid to those who passed with high marks.”

An olympiad for Africa

To make it a more broadly African Olympiad, the South African organisers have been allowed to invite African countries without, as is usually the case, first sending an observer. This is on condition that they take part in the Pan African Mathematics Olympiad, to be held in Nigeria from 23 June to 2 July 2013.

An event of this size comes at a cost, with the budget for the Cape Town IMO running to between R12-million (US$1.2-million) and R15-million ($1.5-million). Earlier this year budget shortfalls threatened to derail the event, until the Department of Basic Education stepped in with a R6-million ($615 000) sponsorship.

“The Department of Basic Education has identified mathematics as a priority area,” says its deputy minister Enver Surty, “and every effort is being made to ensure that not only is there an increase in learner enrolment in this subject but also an improvement in the quality of results that learners achieve in mathematics.”

The aims of the IMO are to discover, encourage and challenge mathematically gifted young people in all countries, foster friendly relationships among mathematicians of all countries, create an opportunity for the exchange of information on school syllabuses and practices throughout the world, and promote mathematics generally.

Excluded from taking part in the IMO during the apartheid years, South Africa has sent a team of six high school students every year since 1992. In that time the country has won one gold, nine silver and 34 bronze medals, and 40 honourable mentions.

“Their subsequent careers – Rhodes Scholarships, PhDs in maths and computer science, top careers in IT or industry or finance – demonstrate the value of searching for highly talented young mathematicians and giving them a real chance of showing what they can achieve in competition with the best in the world.”

The IMO takes the form of six-problem, 42-point maths tests written over two of the event’s 10 days. The tests are set over three days before the arrival of competing teams, and marked over two days after writing.

Some 100 countries send teams of up to six students, plus one team leader, one deputy leader, and observers. Over its more than half a century of existence, the olympiad has developed a rich legacy and established itself as the pinnacle of maths competition for high-school students.

The tests range from extremely difficult precalculus problems to problems on branches of maths not conventionally covered at school – and often not at university level either – such as projective and complex geometry, functional equations and well-grounded number theory, which needs extensive knowledge of theorems. Calculus is never required, but is allowed in solutions.

The principle of the tests is that anyone with a basic understanding of maths should be able to understand the problems, even if the solutions require a great deal more knowledge. This allows more universality and creates an incentive to find elegant, deceptively simple-looking problems, which require considerable ingenuity to solve.

“To win a medal at the International Mathematical Olympiad will require a good deal of talent and hard work,” says Engelbrecht.

“More than matric maths will be needed. Just as the Olympic Games and World Cups in cricket, rugby and football promote sport, hosting the International Mathematical Olympiad in South Africa in 2014 will focus attention on the importance of mathematical excellence.”