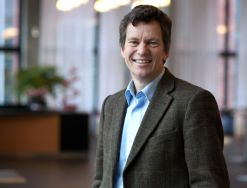 Three South African universities are on a drive to improve PhD supervision, which could boost the country’s knowledge economy. Rhodes University, the University of Fort Hare and Durban University of Technology are piloting a seven-week course called Strengthening Doctoral Supervision, which aims to produce doctoral supervisors who will assist PhDs students in the future.

Launched at a National Research Foundation meeting last November, the course forms part of South Africa’s efforts to produce more than 5 000 PhD graduates by 2030. “The perception is that there will be economic prosperity if you have a high PhD output,” said Professor Chrissie Boughey, the course’s project director. “As a result, research output goes up. In South Africa we have never had that.”

Boughey, who is the dean of The Centre for Higher Education, Research, Teaching and Learning at Rhodes, said the lack of efficient PhD supervisors had led to the development of the course. “The Academy of Sciences for South Africa’s study on PhDs identified the need for doctoral supervision.”

She was referring to The PhD Study, a consensus report published in September 2010 by the Academy of Sciences for South Africa (ASSAf). One of its major findings was that South Africa produced 1 274 doctoral graduates in 2007, or 26 doctorates per million of the country’s total population, which was too low. Professor Robin Crewe, the president of ASSAf, said in the foreword: “The report should be used as a guideline for policy makers to do something concrete to improve the quantity and quality of PhD students in the country.”

With a US$1.3-million (R11.9-million) contribution from The Netherlands Organisation for International Co-operation in Higher Education (Nuffic) the pilot course was offered to students for free.

In September 2011, Nuffic invited four South African universities to be part of a consortium, namely Rhodes, Stellenbosch, Cape Town and Fort Hare. It then looked for a Dutch institute to be involved. VU University Amsterdam, The African Studies Centre at Leiden University, and the International Institute for Social Studies in The Hague, submitted a joint tender and won.

Academics from all seven universities – some of whom would later became course facilitators – gathered for a week last May to draw up a curriculum for the pilot project. During the development stage, facilitators knew they had to take South Africa’s diverse academic landscape into consideration if they were to succeed. “You have got all different kinds of universities,” said Boughey. “There are those with good research outputs and good support everywhere you go. And then there are others that have little or no research output; you are a lone ranger there.”

According to Boughey’s co-project director, Dr Harry Wels of VU University Amsterdam, the course is flexible and can be adapted to suit any university. He said facilitators could use or omit material according to a university’s practices.

Wels added that the course also looked into how supervising was conducted within each participating university. “It is important to realise you teach the course at a particular institute with its own practices, history, policies and protocols,” he said.

Wels, who is also the director of VU University’s South African Institute, stressed that the material was developed under creative commons and as such it did not belong to any individual or institution. “We do not have the rights to the material. After the pilot project, anyone can take it and do what they want with it. There is no commercial interest whatsoever. It is for the benefit of the country.”

Those accepted as students must either have a PhD or be nearing the end of their doctoral studies. They may also come from any academic field. However, Boughey said selection depended on what each university was looking to achieve. “The university chooses the students based on their needs. Most are selecting for the health sector.”

It is divided into three phases, the first being a four-day face-to-face session between students and course facilitators from South Africa and the Netherlands. The second phase, which lasts six weeks, is covered online. Students are required to complete a number of tasks that are later collected in a portfolio and assessed.

Wels said the first phase had recently been covered and it was met with enthusiasm from both students and the universities involved. “It presented us with one of the few occasions to discuss challenges with people from other institutions. It is amazing to see we share the same bureaucratic frustrations.”

Wels said the course was a national priority as it would raise South Africa’s PhD output. “In order to participate in the knowledge economy you need a certain number of PhDs.” Universities from both countries had a long-standing relationship and the consortium was part of an existing academic network, he added.

The Dutch government had recently looked at how it could relate to what it called transitional countries, such as South Africa. “The government thought higher education could play that role. It gives us a good opportunity to work together.”

Boughey attributes the partnership to the Dutch’s historical ties to South Africa. “The Dutch have always been generous. Nuffic has something like eight projects in South Africa with lots of money in it.”

After the first phase, participating universities are already seeing the value in the course. Boughey said one university had already asked to run it again and another institution wanted to implement it for the next three semesters. Three more universities will be joining the course in the second semester this year. Wels said the University of Johannesburg and Vaal University of Technology were among them.