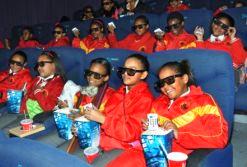 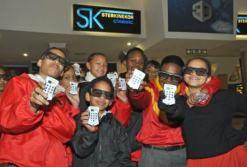 Movie theatre company Ster-Kinekor, in partnership with the US–based Cinema Park Network, has introduced an innovative way to educate young people through entertainment, by bringing the educational programmes of Cinema Park to South Africa.

“The project is directly aligned with our belief that we can positively change our society through initiatives that encourage good choices,” said Ster-Kinekor CEO Fiaz Mahomed.

“It is through partnerships such as this that we are able to assist in providing educational content for our young audiences.”

The initiative aims to inspire young South Africans to change their attitudes and behaviour towards various social and moral issues they face on a daily basis.

The term edutainment refers to content that enables equal degrees of educational and entertainment value in a programme. It was used as early as 1948 by Walt Disney Productions in its 13-part True Life Adventures series.

The 13 films captured the wonder of animals and nature, and their interactive value for audiences showed Disney’s sense of innovation and technology.

Children are fascinated by the fantasies and magical alternate realities portrayed in fairy tales. The entertainment industry has responded to this by providing facilities such as amusement parks, videogames as well as TV programmes that build on this fascination.

The Cinema Park pilot programmes saw success at one of the first screenings at The Zone in Rosebank, Johannesburg, on 12 June 2012.

For the youngsters from Feed My Lambs primary school in Johannesburg who watched Keep it Wild, it was an opportunity to learn about living in harmony with nature. The film takes pupils on a journey through the workings of the animal kingdom by using music, interactive imagery and 3D.

Addicted to Life presents teenagers with realistic scenarios and facts, utilising high-tech edutainment methods to communicate with them in a way that they can relate to.

“Most kids already know about drugs and alcohol, but they often don’t have the tools to understand what these actually do to the body and mind and how to deal with peer pressure,” deputy principal Adele Jacobs said.

“This programme helps equip them – they are forewarned and forearmed. At the same time they are not lectured to.

“This is not an assignment in Life Orientation that they feel they have to do – this is real life. It’s really excellent and as a teacher I am totally taken with the programme.”

The next Addicted to Life screening will take place on Saturday 21 July, and the youth of Rhema Bible Church’s Urban Oak Ministries will participate. Teachers are also given learning materials and workbooks that can be duplicated for pupils’ use at school.

In time, Ster-Kinekor Theatres plans to bring more programmes as part of the Cinema Park project: The Good Life, which promotes balanced nutrition, an active lifestyle and coping with childhood obesity; Living Together, an awareness program aimed to stop youth violence and bullying; Planet Home, to educate pupils on protecting the environment; and Being a Good Citizen which promotes and encourages good citizenship.

Cinema Park has over 500 projects set up throughout the world that inspire over 100 000 children in countries like Mexico, Greece, Taiwan, Poland, Israel, the US and the UK to learn more about their school subjects.

These include nature, science, history, drug and alcohol abuse prevention, recycling and natural disasters. In Israel, such programming has become so effective in helping change behaviour and intentions that the government has made it compulsory for Grade 9 pupils.