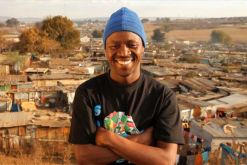 Thulani Madondo has gone from being a relatively unknown Soweto resident with a heart to change the lives of children, to gaining international celebrity status.
(Image: CNN) 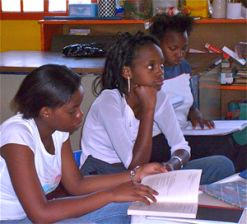 The main focus of the initiative is its tutoring programme, which runs four days a week. It provides tutoring for grade two to seven pupils, and uses professional teachers to help grade eight to 12 children with subjects such as maths and science. 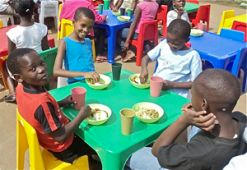 A South African man from Kliptown in Soweto is one of 10 finalists for the 2012 CNN Hero of the Year award, an annual campaign which honours everyday people doing good deeds in their communities.

Within hours of hearing about his nomination, Thulani Madondo has gone from being a relatively unknown Soweto resident with a heart to change the lives of children, to gaining international celebrity status.

Madondo is one of 45 000 nominees from more than 100 countries. Winners are decided entirely by public vote, and you can vote for him on www.CNNheroes.com by clicking on his name. Voting closes on 28 November 2012 and the winners will be announced on 2 December.

Madondo was nominated for his work with the Kliptown Youth Programme (KYP), which provides meals for children, support with school fees, after-school care as well as educational help and tutoring to about 400 disadvantaged children from the Kliptown area. The organisation has also made it possible for 18 youths to get tertiary education.

Madondo is a founder of the organisation and its chairperson. He works with a team of permanent staff and volunteers to inspire children who are growing up in difficult circumstances to have dreams and hope for the future.

The main focus of the initiative is its tutoring programme, which runs four days a week. It provides tutoring for grade two to seven pupils, and uses professional teachers to help grade eight to 12 children with subjects such as maths and science.

“To achieve this means a lot. It is an honour and privilege and we feel we have already achieved a lot just by being in the top 10,” Madondo says.

“It gives us hope to receive this type of exposure and recognition for the work we do.”

Changing a community, one child at a time

Madondo is Soweto’s ordinary hero who has made it his life mission to change his community.

Growing up in Kliptown, in a one-room shack that he shared with seven other siblings, he knows the challenges of young people in this area.

His family didn’t have enough money to keep him and all his siblings in school, but he was determined not to drop out.

He washed cars to earn enough money to pay his school fees, and went on to become the first member of his family to graduate from high school.

With his schooling behind him, he wanted to become an accountant, but his family didn’t have the means to send him to university.

Looking back on his childhood, Madondo realised that education is the most powerful tool to empower people, and this lead him to co-found the KYP.

“We feel education is the only key out of these challenging conditions that people live in,” he says.

Kliptown is one of the oldest residential areas of Soweto and is home to about 45 000 people. Here people live in informal housing, some don’t have access to services such as electricity and there is a high rate of unemployment.

Many children from this community drop out of school because they don’t have school uniforms and text books.

Madondo set out to educate himself on everything to do with community development. Soon after completing high school in 2001 he participated in the City Year Programme (an intensive year of leadership training and skills development) in Johannesburg’s Yeoville community.

Through the programme he had an opportunity to travel to the US, where he met former US president Bill Clinton.

Today he is in charge of national and international fundraising for the KYP and provides regular guided tours through Kliptown.

“When we started the organisation I thought I would do it part time and then still look for a job, but this ended up being my fulltime job,” he explains.

Madondo was nominated for the award by Prof Ilhan Akbil from Fortham University in New York, after the KYP hosted the professor and a group of student volunteers.

“He was so impressed with the work we do that he asked me if he could nominate me,” he says.

“I never thought this would happen. I suppose good things come to those who wait.”

Through his community work, Madondo wants to emulate the life of one of his biggest heroes, South African freedom fighter Nelson Mandela.

“This is someone who prioritised peace in the country and through his sense of humour made South Africa a very special country to live in,” he says.

And does Madondo plan to one day go back to university to get his degree in accounting?

“Probably not,” he says. “I have found my new passion.”