China’s Suntech Power Holdings, one of the world’s largest producers of solar panels, has announced that it will supply approximately 100 megawatts (MW) of solar panels for two projects that are being developed, built and operated in South Africa.

The projects, which are being developed at two separate sites in the country’s Northern Cape province, will be built and operated by a consortium led by Mainstream Renewable Power and designed and constructed by Siemens.

The sites will be operational by mid-2014.

“We are excited to be partnering with Mainstream Renewable Power, one of the world’s leading developers of renewable energy projects, and Siemens, which is renowned for its engineering and implementation expertise,” Suntech chief executive officer, David King, said in a statement last week.

“These landmark projects will showcase the ability of solar to provide clean and sustainable energy to South African communities,” he said.

The solar systems are expected to generate 180 gigawatt-hours of electricity, enough to power approximately 15 000 households and displace approximately 180 000 tons of carbon emissions per year.

“With quality components and engineering, we are confident these projects will demonstrate the capabilities of solar energy in South Africa and set the foundation for a sustainable future,” said Mainstream Renewable Power’s chief executive, Eddie O’Connor.

The programme targets the installation of 1.45 gigawatts of photovoltaic solar plants by the end of 2014 and 8.2 gigawatts by 2030.

“These projects are opening the door to one of the most interesting emerging renewable energy markets,” said Siemens Solar & Hydro Division chief executive officer, Ted Scheidegger.

“With rapid cost declines over the past decade, solar is not only environmentally friendly, but also cost competitive with many other forms of energy generation,” said Suntech’s founder and executive chairperson, Zhengrong Shi.

“We are confident that South Africa’s clear renewable energy policy will provide a blueprint for other countries in the region.” 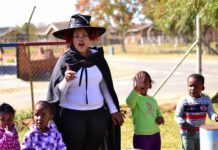 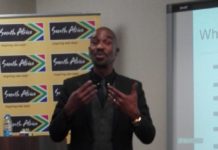