South Africa is taking part in an experimental vaccine programme to curb HIV. Just over 5 000 volunteers, from 15 cities across five provinces, will participate, following screening. Results from the trial will be released in late 2020.

South Africa is participating in an experimental vaccine programme that could prevent HIV infection. With 5 400 adults taking part, the study, called HVTN 702, is the biggest and most advanced HIV vaccine trial to take place in the country.

“If deployed alongside our current armoury of proven HIV prevention tools, a safe and effective vaccine could be the final nail in the coffin for HIV,” said Anthony Fauci, director of the National Institute of Allergy and Infectious Diseases (NIAID), which falls under the American National Institutes of Health (NIH), a co-funder of the trial.

“Even a moderately effective vaccine would significantly decrease the burden of HIV disease over time in countries and populations with high rates of HIV infection, such as South Africa.”

The vaccine being used is based on one that was trialled in Thailand previously. Those results, released in 2009, showed that at 31.2% effective, that vaccine could only modestly prevent HIV infection. It is believed the updated vaccine could provide greater protection.

“The people of South Africa are making history by conducting and participating in the first HIV vaccine efficacy study to build on the results of the Thai trial,” said HVTN 702 protocol chair Dr Glenda Gray. Gray is the founding director of the Perinatal HIV Research Unit at Chris Hani Baragwanath Hospital in Soweto and president of the South African Medical Research Council.

“HIV has taken a devastating toll in South Africa, but now we begin a scientific exploration that could hold great promise for our country. If an HIV vaccine were found to work in South Africa, it could dramatically alter the course of the pandemic.”

Those who volunteer to be part of the study – all need to be sexually active adults between the ages of 18 and 35, and be HIV-negative – will be randomly assigned the vaccine or a placebo. In a single year, they will be given five injections.

“Study participants who become infected with HIV in the community will be referred to local medical providers for care and treatment and will be counselled on how to reduce their risk of transmitting the virus.”

Thembi Dlamini, 29, was screened at a Durban clinic to participate in the trial. She told The Washington Post she wanted to volunteer so that she could prevent the next generation from having the same experience she did when she saw her sister die of Aids-related illness.

Results from the trial are expected in late 2020.

There are 3-million South Africans currently on the publicly funded HIV treatment programme. In May 2016, Health Minister Aaron Motsoaledi announced that antiretroviral medicine would be made available to all HIV-positive people irrespective of their CD4 count by September. An extra R1-billion was allocated to the health budget to make this programme possible. 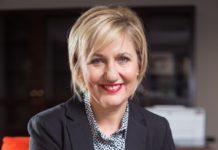