President Jacob Zuma has lauded Adam Kok I, the Griqua leader who stood up to the colonial authorities 300 years ago, as “one of the greatest warriors ever produced by our country”, and said a new Bill would empower South Africa’s indigenous Khoi, San, Nama, Korana and Griqua communities.

“The former slave and cook for colonial governors of that era, Adam Kok decided he was not going to fold his arms and allow people to take his land and oppress his people,” Zuma said at the Good Hope Centre in Cape Town on Sunday, at an event marking the 300th anniversary of Adam Kok.

Earlier in the day, Zuma laid a wreath at the Castle in commemoration of Adam Kok.

The president also lauded Chief Autshumato, who in 1659 battled Dutch settlers under Jan van Riebeeck and was sent to Robben Island, where he became the only prisoner to ever successfully escape from the island.

Addressing members and descendents of the Khoi community, he said the Department of Co-operative Government and Traditional Affairs had identified these communities as needing to receive recognition and assistance.

The new National Traditional Affairs Bill provides for the representation of traditional leaders in municipal councils. The draft law also provides for the setting up of an advisory committee to investigate and make recommendations on the Khoisan community staff by experts on customary law and institutions of indigenous groups.

The Bill is expected before Parliament by the end of the year, said Zuma, adding that the idea was that indigenous groups would be able to have a better say than in the past.

“I think what we should appreciate is that we were never consulted by the old apartheid and colonial government on any issue,” Zuma said. “Decisions were taken against us in the majority of cases and some forced down our throats.”

He said consultations on the Bill had already been held with Khoisan community and a three-day workshop with the community was held last month.

The government plans to hold 29 consultative sessions on the new Bill across the country aimed at engaging with various indigenous communities, which will commence on 20 August and run till September 16.

He said the government was also looking at honouring indigenous leaders of the past, including marking their graves, as many had been buried in unmarked plots and forgotten.

‘Call us what you want, we have a history’

Fransman, speaking in Afrikaans, said the wreath-laying was a humbling experience because after hundreds of years people were still proud of their Khoi history.

He said it was time for people to say that enough was enough, adding that a community that didn’t know its history was destined to disappear from history.

“They called us Baster, they called us Coloured. But call us what you want, we have a history,” Fransman said, adding that the struggle for Khoi recognition in the country had been a “rough road”.

King Adam Kok V said the Khoi, one of the country’s first indigenous people, were still as marginalised as they were 300 years ago.

“Our people’s morale is very low and therefore they venture into criminal activities,” Kok said. “I want to call on our government to give them jobs and create job opportunities.”

Also addressing the crowd, Khoisan community leader Aaron Messelaar said there was a time when Khoi people had to work in the kitchen and had been denied education.

He said the inhumanity and racial classification of the past had angered the Khoi, but today the Khoi wanted to stand together to make a difference. Said Messelaar: “Ons is die grond en die grond is ons [We are the earth and earth is us]”. 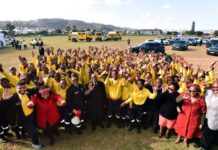 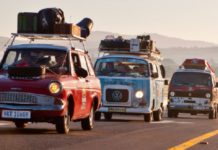 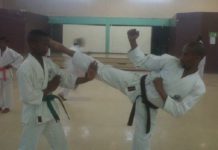 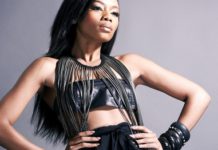