The new Protection from Harassment Act will come into effect on 27 April 2013.

This year’s Freedom Day will not only mark 19 years of democracy, it will also see the new Protection from Harassment Act come into effect, enabling South Africans to approach the courts for protection from sexual harassment – including harassment via SMS or e-mail.

Those hiding behind anonymity to send offensive SMSes will be able to be traced because the Act compels service providers to give the addresses and ID numbers of offenders when asked to do so by the courts.

Currently, only people involved in a domestic relationship can seek recourse if they are the victims of domestic violence. They can obtain a protection order to ensure protection from the person with whom they are in a relationship.

The chairman of Parliament’s portfolio committee on justice and constitutional development, Luwellyn Landers, said this left people not in a domestic relationship unprotected against harassment.

“With the new law, they’ll have protection. They can approach a Magistrate’s Court and get an interim protection order, which comes into effect immediately upon being issued. Protection is immediate,” Landers said.

“Suppose a woman was standing at a bus stop or taxi rank every day and was being pestered daily by a person, whom she didn’t even know, and who was making funny remarks,” Landers explained.

“The victim of this unwanted attention can then go to a Magistrate’s Court to see the Clerk of the Court to persuade him or her that there was a case of harassment.”

The clerk will assist the complainant to approach the Magistrate’s Court for an interim protection order, which will be given if the court is satisfied that there is enough substance in the complaint.

In cases where the victim does not know the address of the stalker, mobile phone service providers can be approached for these details, as well as ID numbers. The Acts states they have to supply this information to the courts.

“This is an order of a Court of Law which takes effect when granted. So the complainant doesn’t have to wait for it to be served and the stalker [to] sign acknowledging receipt of the document before the order comes into operation,” Landers said.

The person on whom the interim protection order has been served will be given time to respond as to why it should not be made permanent.

The complainant will also get a certified copy of the interim protection order to present to the police in case the harassment continues.

It is not only victims who can appeal to the courts for help. Adults can ask the court for assistance in the case of minors whose parents fail to seek legal help. Further, people who have obtained an order against domestic violence may also apply for an interim protection order, Landers said.

“This is an excellent law as it fills a gap that always existed in our law.” 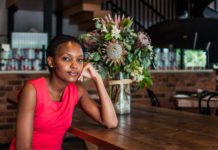 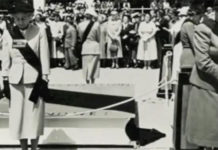