The South African Reserve Bank has launched a new bi-metal R5 coin with added security features in a bid to outsmart counterfeiters, and urged South Africans not only to familiarise themselves with the look and feel of the new R5 coin, but to make sure they know all South African currency.

The new coin, which comes into circulation from 2 August, has distinct security features “which will make it easier for the public to distinguish between good coins and counterfeit coins”, Reserve Bank governor Tito Mboweni said at the launch of the coin at the SA Mint Company in Centurion outside Pretoria on Tuesday.

The new coin sports a silver-coloured border with a bronze-coloured centre, and is thicker and heavier than the existing R5 coin.

While the design has remained largely unchanged – the coat of arms still appears on the one side and an image of the Black Wildebeest or Gnu on the reverse – and the circumference remains the same, micro lettering now appears on the coin and its rim.

The current, silver-coloured R5 coin remains legal tender and will stay in circulation alongside the new coin until it gradually phases out of circulation.

“The public will not have to exchange their old coins”, Mboweni said. “In fact, they should beware of anyone who offers to change the current R5 coins for new coins.”

“It is the South African Reserve Bank’s responsibility to ensure the credibility and integrity of our currency and to ensure public confidence in our country’s money”, Mboweni said, adding that security features on money “are only reliable if people use them, so everybody should get to know their money”.

“Don’t just handle money without thinking”, Mboweni said. “Concentrate on what it looks and feels like. If someone gets to know their money and looks at the detail, he or she is more likely to realise if something is wrong.

“As people admire the new R5 coins, they should look for all the security features. In fact, they should do the same with all coins and notes. That’s the best way to get to know your money and to protect yourself.”

Instead of the well-known image of the Kudu on existing R2 coins, the commemorative coin features the “10 years of freedom” logo depicting people carrying the South African flag in line to vote.

The R2 coin, like the R5 coin, also features the South African coat of arms, which came into use in 2000.

The motto on the coat of arms, “!ke e: /xarra //ke”, is written in the Khoisan language and literally means “diverse people unite”.

Symbols from the coat of arms include two human figures from Khoisan rock art facing each other in greeting and unity; the secretary bird in flight, symbolising growth and speed; and the rising sun symbolising the promise of rebirth.

Other commemorative coins recently issued by the Reserve Bank include a coin to celebrate South Africa’s hosting of the Cricket World Cup in 2003, and another to commemorate the World Summit on Sustainable Development which took place in South Africa in 2002. 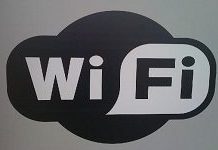 Digital ambassadors to teach ins and outs of wifi to Joburg