South Africa is doing its bit to protect girls from cervical cancer. Now in its second round, the government is rolling out the human papillomavirus (HPV) vaccine in schools. HPV is a major cause of cervical cancer. 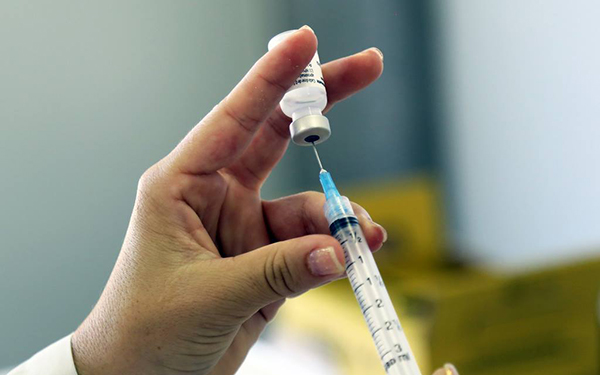 The second dose of the human papillomavirus (HPV) vaccine is being rolled out to girls in South Africa’s Gauteng province, in August 2016. (Image: Gauteng Provincial Department of Health, Facebook)

A year ago, the South African government started rolling out the human papillomavirus (HPV) vaccine. The second round of vaccines is now being distributed in Gauteng, in South Africa to all Grade 4 girls in public primary and special schools.

HPV is a major cause of cervical cancer, which is responsible for the deaths of over 3 000 women in South Africa every year.

According to Marie Stopes South Africa, the non-profit provider of sexual and reproductive health care services, cervical cancer progresses slowly and it may not show obvious symptoms. It is usually diagnosed by doing a pap smear.

“The HPV is most effective when given to young girls who have not yet engaged in sexual activities as it works only as prevention rather than a cure,” said the Gauteng departments of health and education, which are collaborating on the initiative.

The bi-annual campaign is part of the school health programme. The first phase ran from February to March 2016. The second phase had been running since 2 August and would continue until 6 September, said the departments. Parents must sign consent forms before a child can have the vaccination.

The Cancer Association of South Africa (Cansa) said it was grateful for the campaign. “Cansa is proud to stand with the government in educating all young women about the dangers of HPV and cervical cancer, and offer an opportunity to take their health in their own hands as cervical cancer can be effectively treated if detected and diagnosed early,” said Cansa CEO Elize Joubert.

See more information on cervical cancer below. Click on the infographic from Cansa for a larger view. 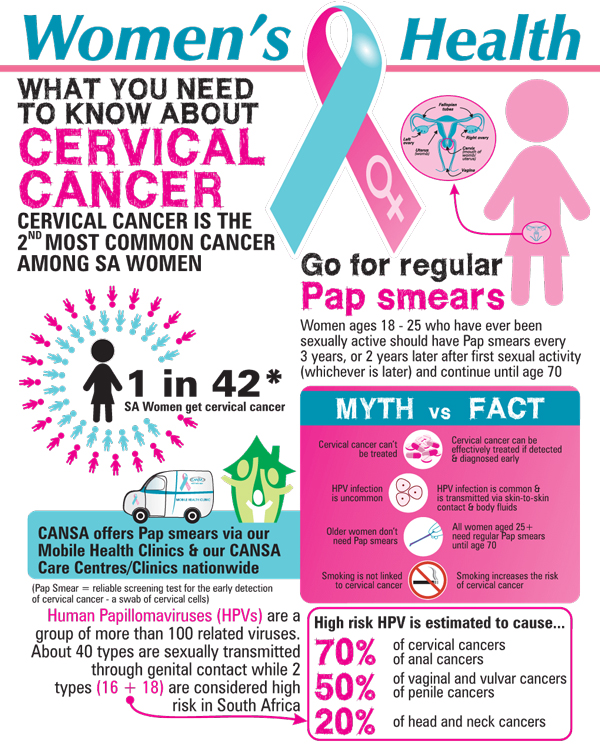