It’s Africa Month so we take a look at the degree in indigenous knowledge systems offered at North West University. The first batch of students graduated in April.

Kgothatso Mafiri and Peter Tshepiso Ndhlovu are two of the 12 graduates from the first cohort of students studying for a degree in indigenous knowledge systems (IKS) at North West University (NWU).

“I have learnt that IKS is everywhere and it is not stagnant,” says Mafiri, who attended the graduation ceremony on 24 April 2017.

“IKS can help with the many problems that humankind is faced with in recent times, such as sicknesses, climate change, poverty, and many other things.”

During her studies, Mafiri says, she learnt a lot about who she was, both as a South African and as an Africa. “I have learnt to appreciate all the different cultures of the world and understand that none is more important than the other.”

Ndhlovu has decided to continue his studies and will do a Masters degree. He says it is an opportunity to study something relevant to his identity. “Indigenous knowledge is one of the most undermined disciplines across the community and among other students so I [took the chance] to be one of the few to make a difference in studying the concept of livelihoods in the context of Africa.”

#Indigenous knowledge systems could be a model for #ClimateChange mitigation: https://t.co/dAGicP0F5E pic.twitter.com/WVggAkjwui

What is indigenous knowledge systems?

The IKS course is interdisciplinary in nature and takes four years to complete, says lecturer Dr George Sedupane, a phytotherapist by profession. The modules cover four areas: arts and culture, health, science and technology, and agriculture. The students are guided by academics and knowledgeable members of the community.

In its simplest terms, the course streamlines local knowledge as a curriculum.

Sedupane uses the example of food indigenous to South Africa, of which many crops grow easily with minimal maintenance.

But cabbage is associated with modernity and so is more likely to be consumed. “We are now buying Chinese cabbage and goji berries for their touted health benefits, as if we do not have our own God given greens and berries.

“The indigenous knowledge qualification seeks to help us take pride in what we have and to use it. It makes economic, agronomic and nutritional sense.”

He says IKS “will aid Africans in using the vast cultural, scientific and natural resources to address the pressing economic, health and food security challenges facing the continent, as well as aesthetic needs”.

There are more than 50,000 flowering plants in sub-Saharan Africa, which many people don’t realise, Sedupane says.

“Some of these plants have been used for various purposes, including medicine. In my own practice I have used certain indigenous plants to treat recalcitrant conditions that had not responded to conventional treatment. I believe that we have only scratched the surface.”

Watch this to learn more about indigenous knowledge:

Following the establishment of the IKS Centre at the NWU, other countries have shown an interest in setting up similar initiatives. The university is providing advice, says Sedupane.

The knowledge held by African people, he says, has either been denied, denounced and ignored or siphoned, exported and repackaged as other people’s expertise.

“Thus the IKS qualifications were initiated to recognise and celebrate the value, validity and utility of African knowledge. Indigenous knowledge is a very important driving force for sustainable living and economic development.”

Such a course is the perfect antidote to recent discussions on decolonising education, he says. “It is essential for propelling Africa into the 21st century, not merely as a consumer but as a producer of knowledge.”

Sedupane has always loved an indigenous lifestyle. Despite growing up in Montshiwa, in the city of Mahikeng, his family would visit his parents’ villages, Mareetsane and Khunwana, every year.

“I loved the sights, sounds and activities of rural African life. The bellowing of beasts, their pasturing and milking, decorating with their dung — all had an enigmatic charm on my mind.”

Qualifying as a phytotherapist allowed him to combine his interests in agriculture, nutrition and medicine. He lectured in phytotherapy for eight years at the University of the Western Cape. When he returned to his home town he was approached to become involved in the IKS centre.

“Much of Africa’s story has been told by people who saw it through a Eurocentric lens and thus it has been distorted to a large degree,” says Sedupane.

A student noted in his final year research project that South African museums had an opportunity to portray a full picture of African life. “So in his Masters research he is exploring how Afrocentricity can be infused in South African museology. This is just one of the ways we can promote our culture,” says Sedupane.

Ndhlovu would like to share the knowledge he has gained with others, including the government, and people living in urban areas. “[I’d like] to show people from the cities that it is possible to know your livelihoods,” he says.

Community upliftment and education are close to Mafiri’s heart and is already taking part in projects that “educate the African about who she truly is and the worth of her knowledge”.

Ideally, she’d like to return to her home town in Limpopo to empower people because, she says, there is a high rate of unemployment. “I would like to implement projects that will teach people to be financially stable and be able to sustain themselves and their families on a long term basis.”

The programme, he says, would be greatly enriched by students from other countries. “So our arms are open to students from Lesotho, Botswana, Swaziland, Namibia, Angola, Mauritius, Seychelles, Malawi, Mozambique, Zambia and Zimbabwe. This, however, does not exclude any other students from anywhere in the world.”

“It would be great if many of the mainstream universities could actually consider offering the course as we are being faced with a youth that is concerned with the African renaissance and revolutionising the education system,” Mafiri says.

“We are the first of our kind and it is only a matter of time before we are recognised and start making a difference in our little corners.” 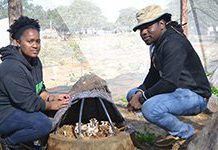 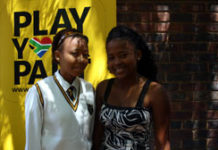 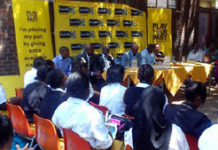 Gallery: Training the stars of 2022 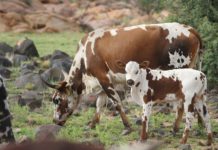