The African East-Asian Affairs (AEAA) journal of the Centre for Chinese Studies (CCS) at Stellenbosch University is the first African journal on East Asian- Africa relations to be accredited by the Department of Higher Education and Training, according to the university.

“East Asia’s relationship with emerging markets such as Africa, South America, South East Asia and Central Asia is still fairly new and Africa is an important player in this new field,” explains Dr Ross Anthony, the interim director of the centre and associate editor of the journal.

The centre has spent the last 10 years focusing on China-Africa relations research, the only centre in Africa to do so exclusively.

According to Harrie Esterhuyse, a research analyst at the CCS and the deputy editor of the journal, the publication attempts to capture the developments and nuances of the relationship between Africa and East-Asian nations, including China, Japan, Korea and the states in Asean (Association of Southeast Asian Nations).

“Our journal is located in the broader area studies of East-Asia from an African viewpoint and topics covered include both the domestic developments and the international relations of these states, with a focus on their engagement with Africa.

“Articles that we publish fall within the social sciences and related disciplines such as politics, economics, environmental studies and law. We also encourage the publication of cross-disciplinary studies,” he explains.

CCS colleague Dr Sven Grimm is the editor-in-chief of the journal. He is supported by a board of leading local and international academics. The journal was established in 2006 as the China Monitor. In 2012, the name was changed to its present title.

“The AEAA journal provides a platform for scholars to discuss and share new research on East Asia-Africa relations. It also gives us a forum to define and expand on research in this fairly young field. Since China’s involvement in Africa has happened so quickly, it has had a major impact on areas such as the environment, economics and trade relations,” Grimm says.

Anthony adds: “Africa is very underdeveloped when it comes to expertise on Asia. The fact that it is an African-based journal examining the East Asian-Africa relationship is significant, as it helps build capacity on Asia expertise from within the continent.”

While Europe and North America have well-established infrastructure for dealing with Asia, in Africa the opposite is true.

“It is important for South Africa to build a competency on Asia expertise. China is now South Africa’s, as well as Africa’s, largest trading partner and that growth has been very quick,” says Esterhuyse.

“The speed has left us ill-equipped and without sufficient graduates specialising in this field and with a knowledge and understanding of China-Africa relations. The former Western influences are still heavy in Africa in terms of trade relations.

“We therefore need to develop organic, home-grown expertise on China so that we have knowledgeable people in, for example, government, media and the business world who understand China-Africa relations and have experienced living and working in Asia and know how to engage with China.”

To this end, the CCS also focuses on providing teaching programmes through a postgraduate diploma on China-Africa studies and short courses on how governments can maximise opportunities with China. 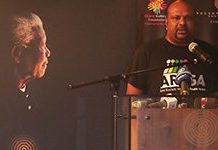 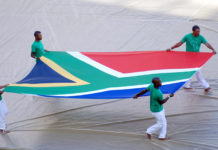