Over the past 10 years Brand South Africa’s annual national perception survey has identified trends shaping society to help predict how these are likely to play out in the future. The latest study produced valuable insights into the youth, and how their perceptions will shape the National Development Plan. 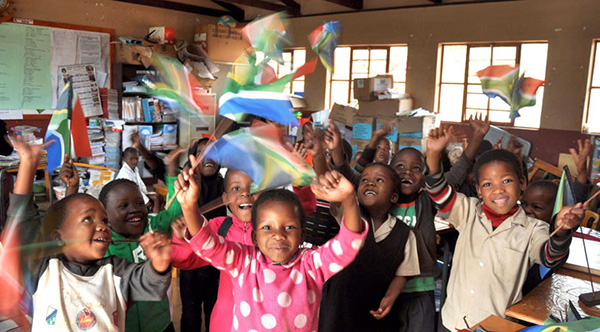 The National Development Plan’s vision of South Africa in the year 2030 sees the nation’s citizens as more conscious of their shared ideals and interests, and not their differences. This is a vision of South Africans sharing their lived experiences, respecting and celebrating their differences, and accepting all the multiple identities that make up our rainbow nation of the future.

The South Africa of 2030 will celebrate a nation that genuinely lives its shared values and believes wholeheartedly in an inclusive society and economy, with opportunities for everyone to fulfil their dreams and aspirations. At its heart, it is a thriving, mobilised, active and responsible citizenry, with an inspired leadership driving this vision for 2030. 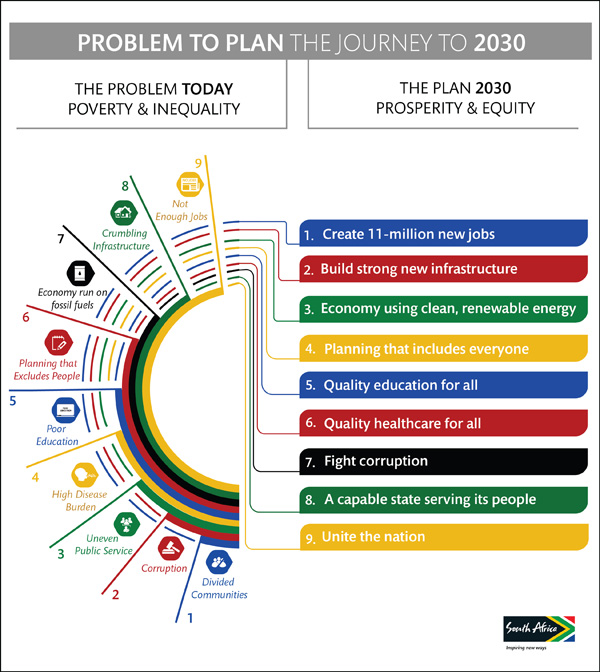 The success in realising such a vision lies in making it a reality and igniting a powerful and active citizenry that is positively engaged in all aspects of society, and with a particularly active youth who take responsibility in driving their own development and fulfilling their potential.

The National Development Plan’s outcome 14 – nation building and social cohesion – provides a tangible framework for the country and its citizens to work towards achieving these goals. It empowers each and every member of society to be part of the journey towards realising the progressive South Africa envisaged for 2030.

The importance of insights into perceptions

Critical to the successful implementation of the plan is the engagement of the country’s youth, and the harnessing of their energy, passion, commitment and drive, encouraging them to be genuinely active citizens who can take the country forward towards realising vision 2030.

To achieve this goal, it is essential to gain insight into the way they see their country, to understand their levels of brand pride and engagement, and to address the concerns they have for their present and their future in order to galvanise them into action.

This is where in-depth and focused research and analysis is key to tracking and understanding pride, social cohesion and active citizenship indices, tying the insights to implementing NDP outcome 14.

The latest published Brand South Africa National Perception Study provides some of these critical insights. It builds on a decade-long initiative to track the behaviour and attitudes of South Africans, generating a comprehensive picture of how the country is perceived by its citizens and, importantly for its future, its youth.

The key objectives of this study were to identify trends shaping South African society and predict how these trends are likely to play out in the future. The findings will help Brand South Africa identify the key features and advantages to be leveraged when engaging the country’s citizens and stimulating brand pride.

The findings from this major study provide critical insights into how to proactively engage the nation’s youth as part of the NDP’s Vision 2030, and how to address their concerns for the future.

Issues around social cohesion, active citizenship and the levels of brand pride experienced by South Africa’s youth were some of the top concerns arising from one of the last decade’s most important studies of national perceptions.

The findings also highlighted important aspirations that must be supported going forward. The results of such focused surveys are critical if South Africa is to practically and successfully address the concerns of the country’s youth, who are ultimately its future.

This latest study looked at the development of three key indices, based on the feedback and insights of those questioned, to examine issues around brand pride in South Africa, active citizenship, and social cohesion.

Although brand pride emerged as a strong indicator of domestic perception scoring a high ranking on the part of the respondents in the survey, the low active citizenship ranking pointed to a perceived lack of time on the part of citizens to actively take part in community-building activities, particularly by the working class. Another factor driving this low score was a lack of motivation in the unemployed, so many of whom are young people.

There is a need for stronger and clearer communication about the country’s Play Your Part initiative, which calls for every citizen to become actively engaged in the development of the country and finding solutions to its challenges. There is also an identified need for more non-traditional methods of communication to be used when engaging citizens, the youth in particular.

Focus on youth is essential

One of the most important insights emerging from Brand South Africa’s National Perception Study is the country’s relatively young population and its future impact on the growth and development of the country, with 50% of citizens now aged under 34 years.

Yet one of the biggest challenges emerging from the survey, and facing the country as it moves forward, is that almost 25% of these young people are still unemployed. Such findings mean that a greater focus needs to be placed on South Africa’s youth, as they are important enablers if the country is to develop, grow and realise its full potential in the future.

Encouragingly, the survey shows that the country’s focus on ensuring access to education for these young people is beginning to pay dividends. Today, 96% of the population surveyed under the age of 17 are in school, indicating a high level of importance being put on education by families as a means of guaranteeing future success and access to opportunity.

Importantly for this younger population, they have seen improvements to education over the past decade with 67% feeling that secondary and primary education have improved significantly, whilst 66% felt that tertiary education is better.

Job creation remains the biggest worry to young people across all age groups, with around 20% feeling there has been little if any positive impact made on joblessness over the last decade. Their pessimistic expectations for the future are based on their current experience.

With half of the population being younger than 34 and experiencing democracy first hand, insecurities around job creation, safety and infrastructure development are still major concerns for them in the near future.

The youth and active citizenship

One of the key challenges highlighted by the survey is that, among young people, active citizenship is low and not seen as a priority or responsibility, driving the country’s overall Active Citizenship Index down to 68. Among young people aged between 15 and 24, more than half do not feel a responsibility to actively participate in formal community forums, churches, societies, local committees or sports organisations.

One area where young people are more likely to get involved proactively is in learnership programmes that can lead to future employment: 44% of 18 to 24 year olds actively commit to such initiatives in the community.

The survey does indicate that young people are making a difference in brand pride: South Africa as a whole scores 80 on the Pride Index, with the majority of citizens showing a strong devotion to their country.

Brand pride among young people is also shown in practical terms on the sports field, with 62% of 15-to-17-year-olds and 64% of 18-to-24-year-olds actively supporting the country’s national sports teams, across all sporting codes, even though they may not be the most competitive globally.

Finally, if there is one area of the survey that looks forward in a positive and proactive light, it is that all citizens, and in particular young people, agree that we must find ways to resolve the issues and challenges in the country and fully realise our potential as a nation.

Most citizens believe they should focus on finding solutions, and not just on the problems facing the country. The majority also believe small actions on their own part can make a difference and that the country has the potential to become a better nation if everyone is willing to play their part in making it fulfils its potential.

Citizen participation, particularly by the country’s youth, is essential to achieving transformation. The engaged youth need to help shape the development process and hold the government to account for the quality of services it delivers.

As part of an active citizenry, young people can help put the country on a new and positive trajectory towards Vision 2030 and be part of a new social compact for change.