The Department of Housing has applauded the completion of the urban housing project funded by the European Union’s (EU) R200 million investment. The money was donated in the form of a grant, enabling South Africa to develop an affordable urban housing programme.

The urban social housing project came about as a means of addressing the need for more affordable accommodation in cities, said Department of Housing spokesperson Ndivhuwo Mabaya. “The money was used to set up housing associations, such the Johannesburg Housing Company and the Madula Mogo (“we all live together”) company. These are section 21 [not-for-profit] companies, who used the money to buy and renovate inner city buildings.” The units in those buildings are then rented out to low-income earners.

Besides the buying and renovating of buildings, part of the money was used to develop social amenities, such as play areas and crèche facilities for children, homework centres for school learners, and relaxation/games areas for adult residents. The money was also put towards economic amenities, including computer centres, where residents can access the internet. Also included in the economic amenities are the small businesses run within the complex.

Mabaya said the nationally run programme, which took seven years to complete, was put into place as part of the Department of Housing’s vision of eradicating informal settlements around South Africa. He said the growth of the informal settlements in urban areas was caused, in part, by low-income earners’ inability to afford accommodation inside the city. “Most people go and stay in informal settlements because that is the only area they can afford. This project was carried out in Durban, Cape Town, and Gauteng in the urban cities, to address the high need for social housing.”

Speaking at the official completion of the project, Itumeleng Kotsoane, Housing Department Director General, said stakeholders could now stand back and reflect on the many successes that they have jointly achieved. He noted that “without the European Union’s involvement…we would not have made this dream possible for the citizens of this country”.

Use of the funds

The project was established in 2000, and in the past seven years the funding was spent as follows:

Lodewijk Briet, EU ambassador to South Africa, also voiced his contentment at the completion of the project. “There is no doubt that we value these essential services as we formally conclude a successful participation of this programme, as housing is one of important areas of delivery in South Africa,” he said.

The New European House in Hillbrow, in Johannesburg city centre, was officially opened at the completion of the project. The building consists of 68 units and a 100-bed shelter to accommodate people in emergency situations.

Mabaya also said that in a bid to further cement the EU’s commitment to South Africa, Briet also announced that the EU has now made €960 million available to enable the South African government to implement social programmes. “The European Union is not coming to us with its own programme and agenda; it’s coming to us saying that ‘you have programmes, we want to help you implement them’. The Department of Housing will apply for some of that money, to continue our programmes.” 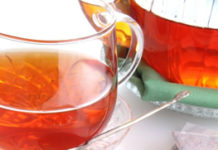 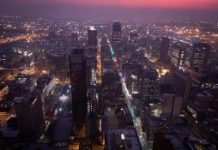 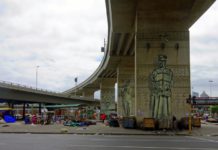