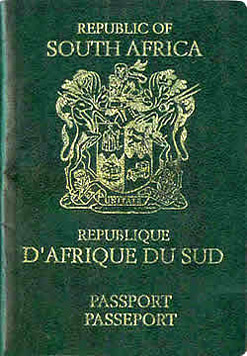 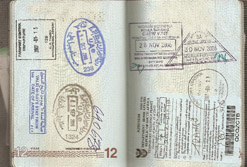 Those without a previous entry stamp
in their passports, will have to adhere to
the new laws.
(Image: Travbuddy)

In the wake of new, stricter immigration laws which now require South Africans to apply for a visa before entering the United Kingdom, British high commissioner Paul Boateng has given the assurance his government will try its best to be accommodating and flexible about it.

On 16 February Boateng called the media and the travel industry to a briefing to discuss how the new visa requirements were going to work.

Boateng reiterated that the move was not taken to limit the number of South Africans entering the UK.

“The introduction of a visa requirement is in no way a reflection of any deterioration in our continuing and strong relationship with South Africa,” he said. “The maintenance of warm and friendly relations and the close links between our two countries remains of paramount importance.”

Boateng said his government still welcomed the presence of South Africans in the UK. “We are committed to continuing to welcome South Africans travelling for legitimate reasons to the UK. The UK remains a favourite destination for both business and tourism for South Africans and will continue to be so.”

As from the beginning of March, first-time South African visitors to the UK who don’t have a stamp in their passport already are required to have a visa to enter the country.

The high commissioner also revealed that the British government will be using outsourced application centres that would be able to cope with the anticipated large numbers of visa applications.

“We promise to turn around applications within five days,” Boateng said.

He also encouraged business people who travelled regularly to the UK to apply for longer five-to ten-year visas. “Any traveller with a reasonable record is likely to be granted a longer visa.”

The UK government had raised the visa issue with South Africa from as far back as 2004, when it discovered a number of illegal immigrants using fake South African passports. But the issue was not resolved then.

The final move to tighten the belt around the entry of South Africans into the UK comes as that country’s government now grapples with a high number of crime syndicates making use of fraudulent South African passports.

Boateng described the move as the “management of identity theft” by those who are not South Africans,

“We have a long relationship with the home affairs department, and have worked with them in the past six months to address our concerns around identity theft. Some progress was made, but frankly not enough, and we were forced to impose a visa regime,” he said.

From the middle of March, the Home Affairs department will begin issuing a new South African passport, which will comply with international security standards set down by the International Civil Aviation Organisation.

While Boateng is pleased about this move, he says the visa requirements will remain for now, until the situation is reviewed again in a few years’ time.

Other countries, which have now suffered the same fate as South Africa, include Bolivia, Swaziland, Lesotho and Venezuela.

Back in the UK, Home Secretary Jacqui Smith said one of the contributing factors, which influenced the move, was the increasing number of terrorist groups using South Africa as a transit point and planning plots from here.

She said the move was to ensure that the UK is kept safe. “We are completing some of the biggest ever changes to strengthen Britain’s border security,” Smith said on 9 February.

Security officials in the UK have also said that terrorists and criminals are exploiting the availability of stolen or forged South African passports to gain access to Britain and other countries.

Reacting to the announcement by the British Government, Democratic Alliance Member of Parliament Tony Leon said any move by Britain to impose visa requirements on South Africans would have negative effects on business and travel.

“Such a move will have a serious effect on business and travel links between our countries, and create barriers to entry which are without precedent in terms of the travel regime.” he said.

Currently, South Africa makes up the fifth largest group of non-EU (European Union) visitors to Britain behind citizens of the US, Australia, Canada and Japan.