Metrorail is the cheapest form of
transportation in South Africa
and is used by millions of people. 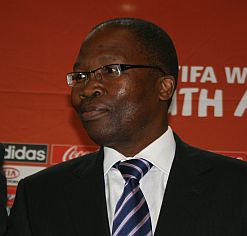 Train commuters in South Africa can look forward to greatly improved services in coming years, thanks to a R97-billion (US$14.5-billion) investment into the transport network that caters for millions daily.

The state-owned Passenger Rail Agency of South Africa (Prasa) has unveiled its multibillion-rand New Rolling Stock Programme, which will see it buying new trains and beefing up its entire rail network over the next 18 years.

Prasa is currently meeting potential manufacturers and financiers in a three-day seminar at Gallagher Estate in Midrand, north of Johannesburg. The seminar has attracted both international and local groups. Financiers have been invited to help the government to raise part of the R97-billion required.

A tender for production will be awarded towards the end of 2012. The winning company will have to deliver the first batch of coaches and locomotives from 2015.

A large chunk of the new programme’s funds is expected to go towards improving Metrorail, Prasa’s short-distance commuter rail network, which has been in dire need of attention for many years and has not had such funding for more than three decades.

Prasa admits that there has been a “massive historical underinvestment in the sector”.

“At the moment, the current rolling stock is old and dilapidated, with the majority of the current fleet built between the 1960s and late 1970s and still driven by 1956 technology,” said transport minister S’bu Ndebele.

The passenger experience, especially in Gauteng, is currently anything but laudable.  Delays are the order of the day and in many instances desperate commuters have resorted to burning down coaches to vent their anger over poor services.

Up to 2.4-million South Africans in four provinces use Metrorail to commute daily to and from work in the cities.

Several Prasa-owned long-distance services, including Shosholoza Meyl and Premier Classe, will also benefit from the investment.  “This programme will enable Prasa to procure new rolling stock and locomotives for the Metro service and the long-distance rail services,” Ndebele said.

Most of the government’s recent R25-billion ($3.7-billion) investment into passenger rail improvement projects went to Gautrain, the new high-speed locomotive currently operating between Sandton and OR Tambo International Airport in the east of Johannesburg.

Gautrain will start operation between Johannesburg and Pretoria in June 2011. “It will enhance passenger comfort between [the cities], carrying over 40 000 passengers each way in under 38 minutes,” Ndebele added.

Ndebele said Prasa’s new venture will not only result in new trains, but will also expand the country’s passenger rail transport network by creating new routes.

The Moloto Rail Corridor is one of the projects tipped to gain momentum through this new venture. The government has been looking to introduce passenger trains on the 50km stretch between Pretoria and Moloto in Mpumalanga.

Over 40 000 workers and students commute by bus daily via the Moloto Road, which is notorious for deadly accidents.

To keep ticket fares affordable, the government pays private operator Putco about R400-million ($59.7-million) each year as subsidies for the mostly indigent commuters.

“We are spending per passenger more than the average wages of the commuters we transport every day,” said Ndebele.

“Both the Moloto Road example and that of Metrorail remind us of the extent to which we operate inefficient publicly funded transport systems.”

The government must ensure that most of the new fleet is manufactured in South Africa, in line with its New Growth Plan. The plan is a blueprint for the creation of no less than five million jobs over the next decade.

Up to 100 000 new jobs for skilled and semi-skilled locals could emerge from Prasa’s new drive.

Prasa also wants the manufacturer to include South African small to medium enterprises, as well as black economic empowerment partners, in manufacturing and maintenance of the new rolling stock.