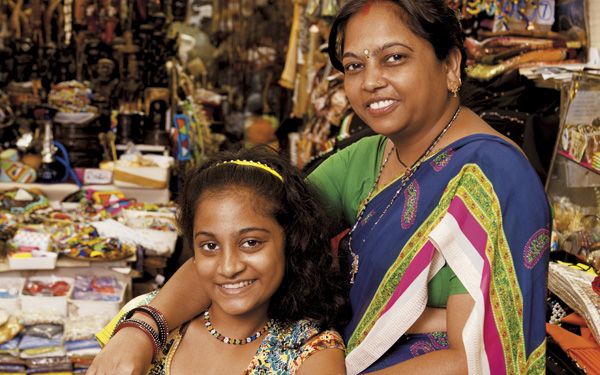 Once upon a time Thembi Nobadula was a hard-charging activist, a reform-minded firebrand, one of the optimistic leaders of the 1956 Women’s March. Today she remains the imposing African woman who fled into exile in 1962 rather than live as a second class citizen in her own country. In London she was a neighbour of Oliver and Adelaide Tambo, and she remained active in the fight to topple the apartheid government.

One day, just after the advent of a free and democratic South Africa, she marched to Nelson Mandela’s office to confront him. Why, she wanted to know, was he bending over backwards to appease those who had oppressed them. “He said that the architects of apartheid were the very people that should be liberated first before anything was done because if those were not liberated then South Africa would not be free.”

With that simple and elegiac guiding philosophy, South Africa began building a democracy for all of its people. Doubters were challenged as the new broom of reconciliation and the world’s most progressive constitution became law. The 19 tribes, parties and factions at the negotiations may not have dreamed of a compassionate and inclusive society, but they created a constitution that safeguards all of South Africa’s people no matter their gender, race, tribal, ethnic or sexual identity.

Often perception becomes reality. One South African’s good story is another’s fable. One group sees a failing education system; another sees a process of rehabilitation after years of neglect. Some elements of the population are convinced the government is a hotbed of cronyism and corruption and that we are all doomed to wake up one day in a banana republic; others do not hold with this.

People will get upset by their leaders and their government but, as the country gets ready to go to the polls, the reality is South Africa’s democracy is stronger than it has ever been.

That is not a naïve statement. South Africans have embraced democracy and heeded the words of their first democratically elected president, Nelson Mandela. At the 1993 Cosatu congress he urged them: “If the ANC does to you what the apartheid government did to you, then you must do to the ANC what you did to the apartheid government.”

South Africans are weathering recent storms by doing exactly that. They are building strong grassroots movements and new political parties are being born to give voice to their frustrations. The country enjoys a raucous, scandal-seeking free press. Unrestricted NGOs have run successful and creative campaigns that have forced changes in government policy. Opposition parties consistently and without fear have a go at the ruling party.

In other words, South Africans have learned the most important lesson of democracy: they have learned to criticise without fear and discovered how to turn anger into positive action.

Political consultant Abdul Waheed Patel says the ANC remains a formidable opponent. With 20 years of campaign experience and a track record in government, it has definite advantages over newer parties. “It is also the party of Nelson Mandela and the movement that brought apartheid to its knees. It has a national infrastructure and a grassroots presence second to none. What is also often overlooked is that the ANC remains a broad church, where diverse communities and interest groups do find a political home and with whom the party’s policies resonate.”

Many parties in the running

That there are 33 parties contesting this election is a sign of the strength of South Africa’s democracy and not only an indication of frustration on the part of the country’s electorate. It is healthy that voters have a choice, Patel says. “Larger parties can’t afford to become complacent, and it deepens and enriches political pluralism, debate and discourse. Such healthy competition can lead to all parties raising their standards for the benefit of the citizen.”

To truly know if South Africans are developing a deeper understanding of what democracy is you need to look beyond what is, in essence, an auction. “We have to respect the choices that voters make but our elections are still tied to our recent history. The ANC, as the party of liberation, has a legitimacy that makes it difficult for other voices and ideas to be heard. The Vote No campaign is an indication that there are people who understand that meaningful choice and the right to choose that option is part and parcel of a true democracy.”

It is not provocative to say that there are people who feel the ANC has eroded some of that legitimacy, says Matthews, but their frustration is unlikely to change the political landscape of the country.

According to Patel this is a result of South Africa’s culturally and racially engineered history. Democracy, he argues, allows people to cherish and rekindle social and religious identity within the tapestry of South African society, but this does not mean they do not identify as South African as well. “The South African government has promoted the notion of unity in diversity. However, clearly there are issues around social cohesion and what it means to be South African which the government has identified as a challenge and awoken to address.”

South Africa’s electoral system makes it difficult for one party to truly dominate the political and social landscape, Matthews explains. The national proportional system, a concession to the National Party made during constitutional negotiations, makes it easier for smaller parties to win parliamentary seats. “Our system puts the ANC at a disadvantage despite its vast majority because it allows different voices to flourish. Win one percent of the vote and you get four parliamentary seats, so even if the ANC was tempted to dilute constitutionally guaranteed rights and protections, it would be difficult to win the required two thirds majority.”

A decade ago the ANC was polling at 70% and whispers began among opposition parties. A ruling party enjoying such a vast majority was bad for South Africa’s fledgling democracy, they warned. The ANC answered, through then president Thabo Mbeki, that the country’s biggest challenge was not the need for a stronger opposition. It was, he wrote, whether voters would unite behind the ANC’s “people’s contract” to continue reconciliation after the abuses of apartheid.

Today, the idea of a “people’s contract” is less relevant to ANC campaigns but the ideology remains firmly entrenched in the policies of the ANC as the ruling party. The government’s National Development Plan, the roadmap for the development of South African society and economy, is built on the principle of an activist society and citizen activism.

Patel points out that the Constitution has been amended on more than 17 separate occasions. “The ANC has always stepped lightly when dealing with fears associated with tampering of the Constitution. The changes it has legislated, in partnership with opposition parties, have been made to advance national reconstruction, transformation and redress,” he says.

“The task at hand will not be easy, but you have mandated us to change South Africa from a land in which the majority lived with little hope, to one in which they can live and work with dignity, with a sense of self-esteem and confidence in the future.” – Nelson Mandela, in his inauguration speech, 10 May 1994