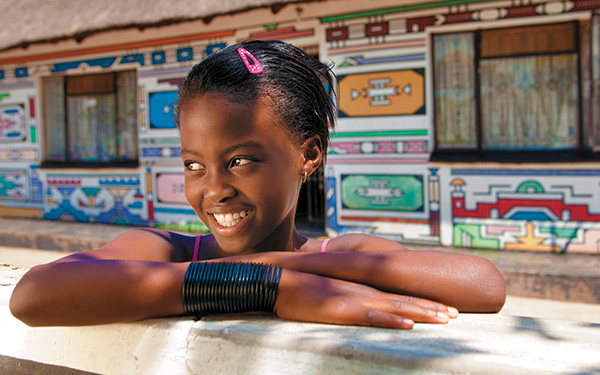 A key part of the National Development Plan is its “youth lens”, through which it makes specific proposals to improve the prospects of South Africa’s predominantly young, rapidly urbanising population. (Image: Brand South Africa)

As Team South Africa takes the story of South Africa’s successes and challenges to the World Economic Forum in Davos this month, we unpack a key part of the message they will bring to global leaders: the National Development Plan, and what it means for the country’s future.

The NDP, has taken the raw material that is South Africa after decades of colonialism, apartheid and inequality, and mapped a way forward. By 2030, it says, we can have a country we can all proudly call home. But it will be an arduous road to travel, and every citizen will have to play their part in the journey.

Origins of the plan

The government concedes that though there has been significant progress made since the first democratic elections in 1994, there is a need for a much faster pace, more action and better implementation of national goals.

According to the National Planning Commission in the Presidency, the NDP was initiated to significantly reduce inequality in South Africa by 2030 “through uniting South Africans, unleashing the energies of its citizens, growing an inclusive economy, building capabilities and enhancing the capability of the state and leaders to work together to solve complex problems”.

The NDP was formulated after extensive research and feedback from tens of thousands of South Africans.

Watch “Planning for Thandi’s Future”, narrated by former Minister in the Presidency for Planning Trevor Manual:

The National Planning Commission was set up in May 2010 to draft the NDP. An advisory body made up of 26 people, the commission was drawn largely from outside the government, with members being selected for their expertise in key areas.

The commission’s Diagnostic Report, released in June 2011, set out South Africa’s achievements and shortcomings since 1994. It identified a failure to implement policies and an absence of broad partnerships as the main reasons for slow progress. And it set out nine primary challenges:

The commission had to take into account the demographics of South Africa, including:

To maximise the benefits of this “demographic dividend”, says the commission, the country requires better nutrition and healthcare, improved educational standards, increased access to further and higher education, easier entry into the labour market and greater labour mobility, which is the ability to move to where jobs are on offer. All of these factors need to be taken into account in national planning. 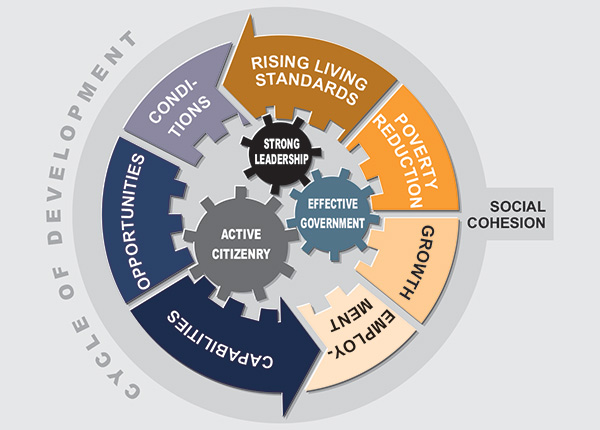 The commission stipulated that the NDP should specifically embrace issues affecting the country’s youth, “as South Africa has a young population which is rapidly urbanising”. Young people bear the brunt of unemployment, it says, which is why it has adopted a “youth lens” in preparing its proposals, which include:

The commission noted that long-term shifts in global trade and investment were reshaping the world economy and international politics. Chief among these developments was the emergence of the rapidly growing economies of the Brics countries, and particularly China, India and Brazil, as well as the increased growth in Africa. Globalisation presented additional risk for emerging markets, while climate change was another factor affecting development in South Africa. The country stands to benefit significantly from regional cooperation.

Goals of the NDP

This will be achieved by:

Critical actions to be taken:

An important focus of the NDP is to unite South Africans around a common programme that will enhance the Constitution‘s vision of a united, prosperous, non-racial and non-sexist society. “Although progress has been made to improve the lives of women; discrimination, patriarchal attitudes and poor access to quality education persists. The plan deals with these factors holistically, recognising that key priorities such as education or rural development will have the biggest impact on poor women,” says the NDP document.

In addition, citizens should be encouraged to be active in their own development. The document says that while the state “must actively support and incentivise citizen engagement”, citizens should:

“The country we seek to build by 2030 is just, fair, prosperous and equitable,” says the NDP document. “Most of all, it is a country that each and every South African can proudly call home. It is up to all South Africans to play a role in fixing the future.”